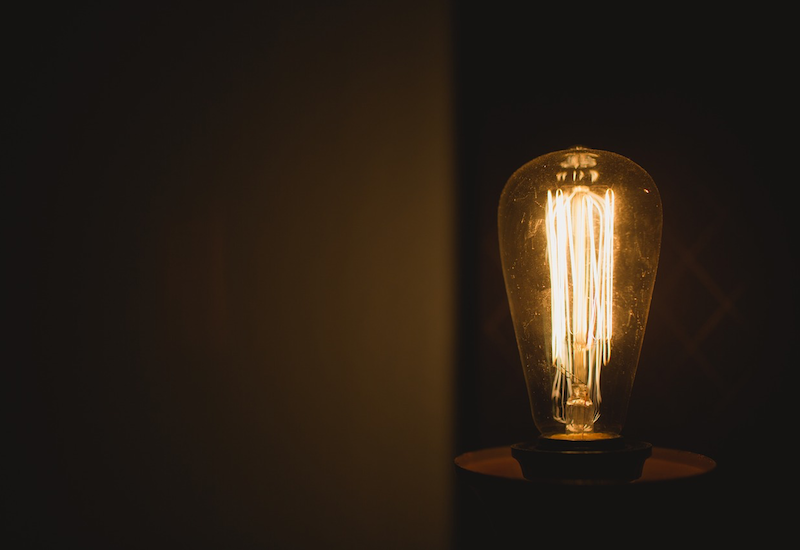 There’s high probability that the 28th January will likely pass rather quietly for most of the planet with little notice of it being Serendipity Day, arguably the most significant day in the History of Man. Though serendipitous events have accompanied our journey through history, these events went usually nameless, being attributed to the winds of luck and the fate. It was 28th January 1754 when Sir Horatio Horace Walpole, the 4th Earl of Orford, defined Serendipity as ‘making happy and unexpected discoveries by accident’.

As the story goes, Sir Horace described in a letter to his friend, Horace Mann, an unforeseen discovery he stumbled upon as being similar to the good fortunes of The Three Princes of Serendip. The princes of Serendip, today’s Sri Lanka,

“… were always making discoveries, by accidents and sagacity, of things which they were not in quest of: for instance, one of them discovered that a mule blind of the right eye had travelled the same road lately, because the grass was eaten only on the left side, where it was worse than on the right—now do you understand Serendipity?”

Despite its common usage today, defining serendipity in a general sense remains challenging. In scientific research, serendipity is often associated with a breakthrough discovery arising from chance observation. Alexander Fleming discovered penicillin quite by accident in 1927. After working with bacteria cultures all day and becoming exhausted, Fleming retired to bed, leaving the bacteria cultures as they were. The following morning, Fleming discovered his bacteria was destroyed overnight by a mysterious mold. Eureka! The mysterious mold was penicillin, a serendipitous discovery!

It’s commonly accepted that serendipity discoveries are of three types: 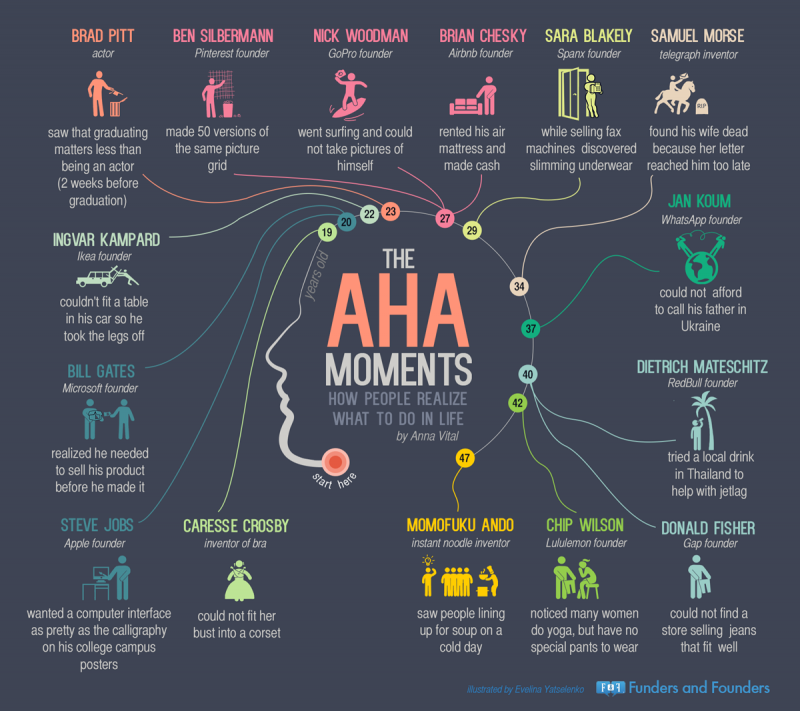 Serendipitous moments abound in everyday life with ordinary people. They are moments of the obvious, moments of discovering we’ve arrived at precisely where we need to be. These seemingly random encounters with information—cognitive stimuli—that excite our neurotransmitters and lead to happy outcomes.  But, even as researchers acknowledge serendipity’s importance to our psychological well-being and deserving of serious inquiry, many of the planet’s thought leaders fret the serendipity phenomenon is facing an existential threat. They fear eliminating randomness in how humanity receives and processes information will substantially reduce, if not destroy, the potential for serendipitous occurrences.

Back in 1997, the best-selling author, Ted Gup, grieved the end of serendipity from vastly more efficient, technologically-structured inquiries and delivery of information via Internet search engines. Gup lamented that Google and its competitors are creating an information environment where nothing will come unless summoned that’s depriving us of accidental discoveries and random epiphanies.

In a belated response, Gup’s view about the end of serendipity seemingly did not go unnoticed. In 2010 Google’s it building a ‘serendipity search engine’. The new search engine would work in the background to draw attention to stuff we do not know, but curated according to our search history and expressed as relevance interest

Unsurprising, Google’s promise to deliver on-demand serendipity was quick to provoke cries of foul from the planet’s protectors of random epiphanies. James Farrar griped, Google to end serendipity (by creating it). ‘Awesome! I’ve always thought that the worst thing about serendipity was its randomness!’, chimed in Nick Carr.

Programmed serendipity seems to be the perfect oxymoron. Serendipity is a posthoc, not a prehoc. event. It occurs after stumbling upon something unexpectedly, which then triggers an idea, a discovery, that great recipe, a beneficial relationship, or a surge in creativity.

Computer algorithm-generated serendipity may awe Google users and do wonders for Google’s bottom line but contributes little to those aha moments that take people where we need to be. Rather, Google’s algorithmic stab at tactical serendipity might filter serendipitous information the algorithm determined irrelevant. And, there’s no way for computer-generated algorithms to account for qualia—Divine Inspiration. Qualia are our intuitive, visceral responses to the external environment. Qualia lives in the subconscious, which is hard-wired to the consciousness of the universe, the source and incubator of all we know and all that can be known.

We may not be aware, but our subconscious is fully engaged with the universal incubator, 24/7. Even in sleep, our subconscious is plotting, scheming, preparing, analysing, calculating, and sizing the qualia of our cognitive experiences, waiting patiently for those aha moments of serendipity.

Seredipity fuels the social fabric on the internet to the point whereunexpected yet rewarding encounters are plentiful. They are readily available if, and that’s a huge if, you’re consciously prepared to know serendipity when it knocks at your door. In effect, knowing allows anybody to summons serendipity from the subconscious in that percolating pot of latent revelations. Then, it’s simply a matter of shaping serendipity into a grand opportunity But, the Tactical Serendipity process starts with the knowing.

The Phenomenology of Serendipity

Familiarity with phenomenology can be helpful in living the life of tactical serendipity. phenomenology is one of those self-defining words that means the study of phenomena from the intuitive perspective of how phenomena resonate or appear experientially—as the phenomena are experienced. The goal of phenomenology is to give meaning to phenomena—conscious experiences—that occur in our daily lives from the subjective, “me,” point of view.

According to Edmiund Husserl, our experiences are informed, shaped, and defined only by individual ideas, images, concepts, and thoughts that are personal and distinct from the phenomena itself. Husserl called this informing, shaping and defining of experiences intentionality, that is, the ability of the mind to form psychical representations of phenomena that are only tangentially related to the phenomena itself. Serendipitous moments often incubate within the psychical representations of cognitive phenomena, which are readily retrieved by living the life of tactical serendipity.

How to Find your ‘Aha’ Moment

So, what are the components of tactical serendipity that increase the probability of serendipitous events?

What you need to be aware of is being aware. Be aware deliberately and consciously, broaden and deepen the field of awareness. You are always conscious of the mind, but you are not aware of yourself as being conscious.

The facets of serendipity have bee researched and identified as people with a. prepared minds b. recognize the significance of observations c. in the act of noticing by chance d. which lead to happy outcomes In effect, the researchers found that consciously engaged people with prepared minds know the significance of chance observations that lead to serendipitous outcomes. Hence, we can conclude that tactical serendipity starts with developing the mental discipline that prepares our minds to assess phenomena—stuff, not as it appears, but from an inquisitive mindset—from a phenomenology mindset. Serendipity moments often translate into huge payoffs, but it takes an inquisitive mindset to look beyond the obvious and probe for the obscurities—that which is not obvious to discover serendipitous opportunities.

All situations, events, or things experienced through the five senses and intuition are phenomena because they trigger cognitive or visceral reactions; they affect our lives in some way. All cognitive and visceral experiences are legitimate candidates for phenomenological inquiry.

Scientists, by default, devote a lot of time studying phenomena in their discipline before making serendipitous discoveries because only well-prepared minds recognize scientific breakthroughs. Though many aha moments occur because the discoverer had specialized, narrowly focused knowledge, ordinary people can enjoy their slice of the serendipity cake by cultivating eclectic minds through voracious reading, observation, and connecting. Seek knowledge for the delight in knowing. Develop a healthy curiosity about the phenomena in life by embracing life long learning.

3. Be Open to subtle changes in patterns – or non change when there should be

Observation is the main tool used in phenomenology to gain knowledge about phenomena. Scan your environment broadly for consistencies and for inconsistencies—the subtle differences. Look for change because life is about constant change. Everything that can be cognitively experienced is subject to biological, chemical, or physical laws of change.

4. The power of network

Serendipity cannot happen in a vacuum. Tactical serendipity requires engaging the world, networking, connecting, establishing your authority and unleashing your special charismatic awesomeness that draws ideas & people to you.  Cultivate your ‘Tribe’ and collect ‘Shiny Minds”. Using social media to build your tribe accelerates the opportunity for the random experiences you need for serendipity events to happen. The authority you demonstrate in your area of interest or specialty is your currency that builds trust and works like a magnet to attract members to your tribe.

5. The law of reciprocity on sharing

When your tribe trusts you, members will share useful, valuable information with you. As your tribe increases in size, the number of channels of useful, valuable information flowing into your consciousness likewise increases. This will work wonders for growing knowledge of phenomena and helping you connect the dots—showing how life’s phenomena are inter-connected in a cosmic unity of oneness. This will enhance your personal creativity and your chances for serendipity events.

Look for opportunities to engage with seemingly irrelevant events or embrace something you don’t know or to meet people with different perspectives and experiences to share.

The importance of quiet solitude cannot be overstated for healthy living and for tactical serendipity. When you calm down and disallow the inanities in life from distracting you, you notice more and see the big picture—connecting the dots. Slowing down will help you pay more attention to your thoughts and feelings from the perspective of mindfulness—as phenomena—without assigning judgment, which helps you focus on what’s important and what needs weeding. When you calm down, you cease fretting about the future, worrying about past events, and start living in the Now, which is where all the action’s at and where serendipity is always found, in the Here and Now. Moreover, your subconscious speaks in a whisper. You cannot hear your subconscious, the direct-connect to cosmic consciousness, above the din and racket in the conscious mind that drowns out the quiet voice of the intuitive you.

“In order to understand the world, one has to turn away from it on occasion.”

Tactical serendipity is about being comfortable in the state of  apparent randomness  knowing that unexpected collisions resulting in pleasant discoveries are not far off.

To find the true light usually means moving away from the light.

Make the change. Make it part of mantra . Make tactical serendipity part of your DNA!