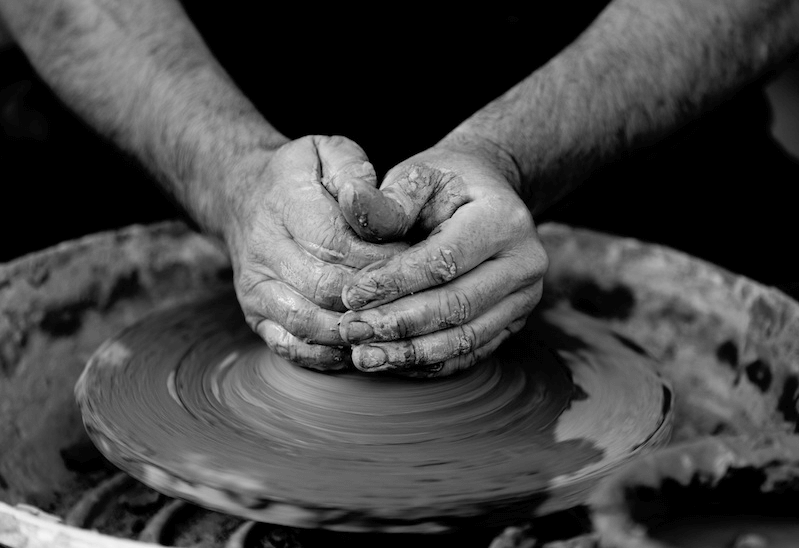 For better or worse we shape our individual realities according to our response or reaction to the world around us. Hardly anybody responds to external stimuli with the purpose of producing unintended, unwanted results. Yet, our responses, our reactions, our behaviours, often produce results that run afoul to their intended purpose, which can cause some chaos in our personal lives.

It should be obvious that we can shape our realities to produce more wanted results in life simply by becoming more proficient in responding to external stimuli in ways that produce wanted results. And, how we respond to the world is largely a function of our mindset.

Mindsets are Mutable, Not Fixed

Though the common definition of mindset says they are fixed—immutable, neuroscience prove conclusively that mindsets are mutable. Thanks to neuroplasticity studies, we now know mindsets can be moulded. It’s all based on how people actively manage and control the way their brains process information from external stimuli, which trigger responses to that stimuli. Active management produces wanted, desirable, physiological, mental and emotional effects in the self. Passive, non-management produces random and often unintended, unwanted, results.

We intuitively know and feel this quantum entanglement when good and bad vibes engage us. This is precisely why positive, upbeat people make you feel positive and upbeat. Conversely, people who emit negative vibes can have the opposite effect without the active management of your brain processes.

In short, active management of your brain processes can produce favourable responses in others and makes you less susceptible, less vulnerable to negative vibes emitted by others.

Stanford University’s psychologist, Carol Dweck, takes credit for growth mindset theories, which are popularised in her book, Mindset: The New Psychology of Success.

Dweck’s growth mindset is the opposite of fixed mindsets. People in the fixed-mindset mode believe their basic attributes, like intelligence, personality, emotions, and talents, are fixed. They tend to devote their lives to validating the givens, what they believe they know about themselves instead of developing the givens further. People in the fixed-mindset mode rarely venture into the strange terrain of the unfamiliar and the unknown willingly. That which they don’t know about themselves and their innate abilities to accomplish impossible endeavours if they only tried is hostile terrain, enemy territory.

When success doesn’t come effortlessly, fixed-mindset people tend to abort the task without further effort, being rooted in an immutable mindset that talent drives success. In her research, Dweck found that rationalising failure plays a huge role in explaining why fixed mindset students believe they fail in their school work, “I’m not good at Chemistry.”

Conversely, growth mindset people subscribe to the believe they create their own realities. Brains and talent are the raw ingredients from which they create their realities through commitment, hard work, and resilience. Growth mindset people love learning new things as opposed to the fixed mindset that views learning as a drudgery and threatening. People in a growth-mindset mode believe they become smarter as they learn, and they do become smarter as they learn. And, they become smarter faster, because they learn more quickly. Challenges and failures hone their learning abilities, which makes the learning process faster and far less gruelling, which affirms the plastic brain—learning does change the brain.

Know Your Brain—Threat and Reward Responses

Because the brain has plasticity, anybody can build a growth mindset regardless of age. The god news is you don’t need not be a neurologist to rewire your brain for a growth mindset. But, it does help to have an appreciation of how the brain works and the electrochemical processes that fuel brain operations.

Driving your brain is analogous to driving a car. You don’t need to be a mechanic with detailed knowledge of internal combustion engines to drive a car. But, knowing how to steer, when to brake, and when to accelerate are critical skills. It also helps to know the quality of fuel that optimises a car’s performance, when to change the oil, and when the spark plugs are misfiring. The more comfortable you become with your car and its idiosyncrasies, the more sensitive you become to the car’s subtle cues that signal something’s not right.

The same basic driving principles are at play when driving your brain. Knowing how to steer, when to accelerate, when to brake, the quality of fuel that optimises performance, and a sensitivity to your brain’s subtle cues are vital for building a growth mindset.

The brain is the central processing unit—the CPU—for all physical and mental functions. But, emotions are leading factors that trigger brain activity when reacting to change. Emotions carry the fuel that causes brain synapses to fire. Depending on the quality of your emotions when reacting to change, you brain synapses can fire like a finely tuned Aston Martin, or they can grunt & groan like a Yugo GV.

In simple terms, Dr. David Rock, Director of the NeuroLeadership Institute, says the brain operates in two basic modes: to minimise danger and to maximise reward. The immediate interpretation of any change is either good, which triggers reward responses, or bad, which triggers threat responses. The brain is indifferent whether danger/reward triggers are physical or social. Brains respond to social injury identical to physical injury.

Threat and reward stimuli arouse the brain’s base, primal instincts of maximising rewards and minimising threats, commonly called the reptilian brain. Threat perceptions ignite fight-flight response mechanisms in our sympathetic nervous system. Because the brain interprets all threat stimuli, be they physical or social threats, as imminent, threat responses are immediate.

The threat alarm that processes emotional signals is located in the amygdala area of the brain. It sends distress signals to the hypothalamus, the brain’s command central. In turn, the hypothalamus communicates with the rest of your body through the sympathetic branch—the fight or flight branch—of the autonomic nervous system.

And that’s when all hell breaks loose…

The sympathetic nervous system activates parts of the adrenal gland, which release huge amounts of cortisol and related stress hormones into the bloodstream. Cortisol increases blood sugar and suppresses or shuts down bodily functions non-essential to the immediate threat, like the immune system. Energy redirects to the perceived threat. Companion hormones, notably adrenaline, restrict blood vessels, your muscles contract, breathing passages dilate and increase heart rate to drive more oxygen to the lungs and blood flow to target muscles.

You are now prepared for war, or love, against real or imagined enemies.

You know you’re in a reward-response mode and your parasympathetic system has kicked in when, Your mouth is wet, your stomach is churning digestive enzymes, your heart rate slows down, your bronchial tubes and pupils constrict and muscles relax.

From Carol Dweck’s profiles of fixed-mindset people, it becomes apparent that the brains of such people are prone to go into a threat-response mode more often and remain in threat-response mode longer. They must contend with a huge quantity of external stimuli that can be perceived as potentially challenging to their fixed realities—their fixed notions of themselves and the way the world works. Fixed-mindset people have realities fortified by a plethora of world-view bunkers vulnerable to attacks that cannot be defended.

David Rock took what is known about building a growth mindset for personal development and distilled those principles down to a set of tools called the SCARF Model—Status, Certainty, Autonomy, Relatedness, Fairness—for motivating others in social and team environments. According to Rock, SCARF are elements the brain constantly monitors to determine if external stimuli are threats or rewards. In team settings, engagement is synonymous with teams being in the reward-response mode, whereas disengagement/withdrawal equates to teams being the threat-response mode.

Perceived increases in any of the SCARF elements by team members enhances engagement and decreases in SCARF elements trigger threat responses that make for disengaged teams. For example, a drop in social network status automatically triggers a panicky threat response. Brains thrive on certainty and react to ambiguity as a threat. Brains thrive on the autonomy of choice and react to perceptions of control—no choice—as a threat. Being social, brains thrive on relating—bonding—with other team members and perceive a threat when bonding fails to occur. Brains perceive fair exchanges as rewarding and are threatened by perceived unfair exchanges.

The easiest way to move from a threat-response, fixed mindset mode to a more satisfying reward-response, growth mindset mode is to turn adversity into opportunity. Life is a field of opportunity and is only as threatening as you perceive it to be. Get a grip on the reality that, in the greater scheme of life and living, there are few events in life worthy of a threat response. And when valid threat-response situations do arise, use your threat response capabilities wisely.

Merely talking the talk is meaningless until you walk the walk. Words become meaningful when words are put into action.

Here are practical and effective action steps anybody can take to evolve into a growth mindset, reward-response mode from a fixed mindset, threat-response mode.

The success of your growth mindset journey rests with your desire and commitment to step out of your comfort zone and embrace these powerful beliefs as daily habits. But know this, a stronger more grounded & positive version of you awaits!