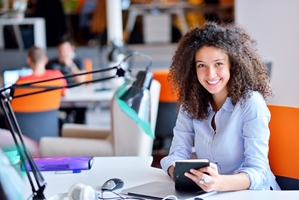 After a recent national reform summit hosted by KPMG, the need for productivity increases across all sectors has become a major talking point.

There were three major objectives that the forum specified as key aims moving forward. These were; raise productivity levels equal to those seen in 1990s, create quality jobs to increase workforce participation and ensure gains flow through to the wider economy.

HR professionals have an important part to play in the suggested reforms, possibly aided with HR management software. The report stated that workforce relations solutions need to take into account the ongoing changes in the modern workplace and adapt to the evolving nature of work.

Businesses aren’t the only entities to benefit from increased productivity. According to the report, growth in this area has accounted for 80 per cent of improving living standards over the past four decades.

Productivity improvements will not be found through simply pushing employees to work harder or longer hours. Jennifer Westacott, chief executive of the Business Council of Australia, believes that businesses must instead become more innovative in their approach to productivity.

In an August 23 Australian Financial Review article, she stated that there is no single solution that will apply across all industries and firms need to enact several measures to see valuable gains.

Technology solutions, such as HRIS software may be useful in realising the potential improvements in workplaces around Australia. In an overall productivity strategy, innovation will be key to supporting new systems that improve both individual firms and the Australian economy.