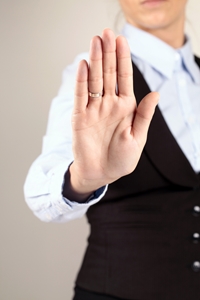 Workplace bullying is prominent in Australia

Workplace bullying is an issue that affects many workplaces, but a recent study suggests it could be a bigger problem in Australia than some other parts of the world.

The Australian Workplace Barometer project carried out by the University of South Australia analysed data from 31 European countries, and the results are described as “disturbing if not embarrassing”.

When compared to these other nations, Australia ranked sixth for workplace bullying, suggesting there is a long way to go before the problem is stamped out completely.

Professor Maureen Dollard from the university revealed how 7 per cent of Australian workers have been bullied at some point in the past six months – and the statistics aren’t much better in other areas either.

“Australia was ranked 11th for violence at work, with six per cent of workers reporting they have been physically assaulted or threatened at work by their managers, supervisors or co-workers,” she noted.

Organisations might want to think carefully about investing in HRIS, which can help them identify issues in the work place and take action before they get out of control.

Professor Dollard explained companies often find they need guidance in how to deal with these issues and resolve conflict well before it’s able to cause too much damage.

She pushed for greater participation in the workplace from all levels of leadership, as well as the promotion of strong communication between staff members and establishing feedback systems.

Another recent study led by a scholar at the University of Michigan explored the negative impact that abusive bosses can have on their workforces.

Findings published in the online edition of the Journal of Applied Psychology showed the attitude and behaviour of workers can be adversely affected, as can their interactions with each other.

Lead investigator Crystal Farh said it creates a context where “everybody suffers” no matter whether they have personally been abused or not.