Why Do We (So) Often Recruit the Wrong People? - EmployeeConnect HRIS
22588
post-template-default,single,single-post,postid-22588,single-format-standard,ajax_fade,page_not_loaded,,qode-title-hidden,hide_top_bar_on_mobile_header,qode-child-theme-ver-1.0.1,qode-theme-ver-10.1.2,wpb-js-composer js-comp-ver-6.8.0,vc_responsive 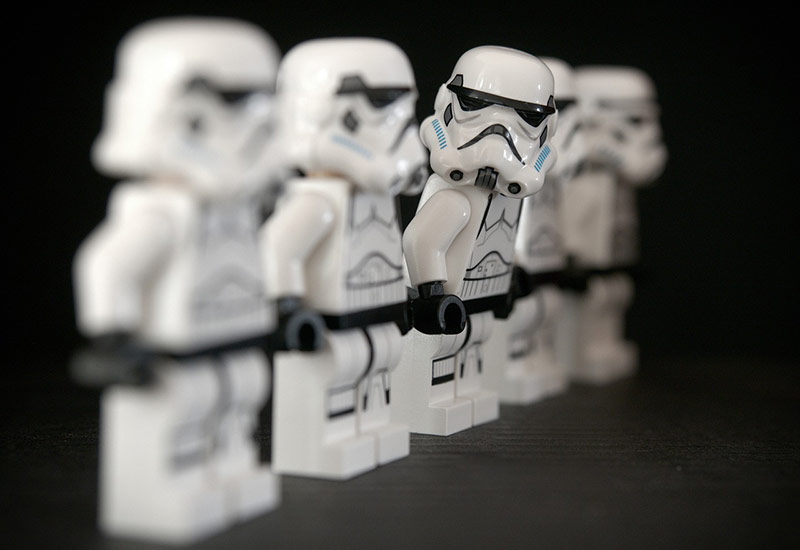 Why Do We (So) Often Recruit the Wrong People?

Posted at 04 Oct in Recruitment by Oriane Perrin

A candidate is generally judged based on the success of his previous work experiences. But many times, once the new hire has started in his role, we realise that he is failing to perform and meet requirements. Too late though, our judgment has led to a bad hire and we ended up recruiting the wrong person for the job.

More than individual qualities, it’s our ability to adapt to the business culture that determines our success in a new role. The problem lies in the fact that we often fail to perceive a person in an objective way during the recruitment process as a number of biases influence our perceptions.

Falling in the trap of our unconscious

Our brain creates implicit associations in our unconscious that lead us to make up our opinion of a person in a certain way. For example, many studies have revealed the correlation between a person’s height and their likelihood of becoming a high flying leader. The simple reason for this is that we associate tallness and broad shoulders with leadership abilities in our unconscious mind. Thus making tall people more likely to succeed in an interview for a leadership position compared to a shorter person.

The human brain is a complex decision-making machine that has been finely tuned through seven million years of evolution. We often accomplish complex tasks without even realising it. And in most cases, it would be hard for us to explain the process we use unconsciously to come to our decisions.

Because our brain has to deal with such a large amount of information that needs to be analysed, we’ve developed what are called cognitive biases – in other words, shortcuts – to help us in the process. Those cognitive biases unfortunately often lead us to make mistakes. Unconscious decisions that would have been relevant on a hunting spree a hundred thousand years ago are certainly far from making sense in today’s office.

9 Bias Any Good Recruiter Should Avoid

Here is a list of nine cognitive biases that you should avoid during the recruitment process:

The halo effect is close to the stereotype. Instead of being applied to a group of people, it applies to a single individual. When someone holds qualities in a certain area, we assume that his abilities extend to other domains in a positive way. It works in the same manner for negative characteristics.

For example, when looking at hiring a potential leader, we might be influenced by a bright success, an exceptional skill, or the size of the network of that person. All we focus on is that particular trait that makes him shine in a positive light to the point that we completely ignore his weaknesses or defaults that would otherwise have been a deal breaker.

Often seen as one of the United States worst president in history, Warren Harding is regularly cited as an example to illustrate the power of the Halo Effect as his good looks supported his way to the top. Because Warren Harding was rather handsome, people concluded he would also make a good president. Assuming that good looking people are also smart is another common unconscious association we tend to make.

When browsing through a pile of resumes, our eyes seem to scan the pages and stop on those names we are familiar with. Whether it’s the name of a prestigious university or a leading organisation, we instantaneously associate the person with the positive qualities we attribute to the brand name we recognise.

The Weight of Conformism

In order to minimise risk, it can be tempting to stick to the type of profiles we already know and use this foundation to filter our way through the recruitment process. The result? We unconsciously base our selection seeking a particular profile that ends up creating a team of clones who think and act all in the same way. These employees were all trained in the same schools, have the same personality profiles and have similar career path. Extremely homogeneous teams can be deterring to the growth of your organisation, especially when your teams are confronted to a situation that is unusual, problematic, and in which they have to make a decision.

We can tend to attribute the success of a person to his perceived qualities and therefore anticipate similar success in the future. However, success often depends on external circumstances that are unrelated to the capabilities of a person. When things change, people can feel disarmed and lose their ability to perform, despite a set of exceptional skills. It’s important to account for all potential factors when assessing a candidate and not relying on what our brains wants to see.

It corresponds to our likeliness to rely on a particular piece of information – pre-selected in the early stages of the decision making process – in order to make a decision sooner rather than taking the time to collate more data to get the global picture. The solution is to rethink the evaluation criteria that led to our decision, at each step of the recruitment process, and not to stop on a detail that isn’t significant.

Sometimes, we happen to give more credit to someone because they have a particular attribute or have accomplished something that is out of the ordinary – while it doesn’t even contribute to making them better hires. If someone boasts being a bare hand crocodile fighter, does this really make the person a better IT engineer?

We tend to only seek the information that will confirm our hypotheses or preconceived ideas – or at least to interpret it in that way. When we assess a candidate, as attractive as he might be, you need to look for signs that go against your assumptions. You should also remember to ask questions other than the ones that are used to confirm or reinforce your convictions.

The least competent people will tend to overestimate their capacities while the most competent are likely to underestimate them. People who have a low competency level lack the distance necessary to understand the limits of their knowledge. On the other hand, highly competent individuals know them too well. Watch out for self-proclaimed experts.

We tend to avoid options for which we have missing or incomplete information. This cognitive bias pushes us to select a candidate on the basis that we know for sure that the outcome will be positive. In the meantime, we will avoid candidates for whom we might be missing a reference for example, thus making the outcome less predictable. This paradox could also lead us to pick a candidate with an average (but known) competency level over another candidate for whom we don’t have such an information.

You might have read this list of of cognitive bias and thought they were obvious? You believe that it’s not possible for you to fall into one of these traps? I’d bet you’d be particularly sensitive to one cognitive bias: the blind spot bias. It’s the bias that influences us in believing that we are less subject than others to the effect of cognitive biases…