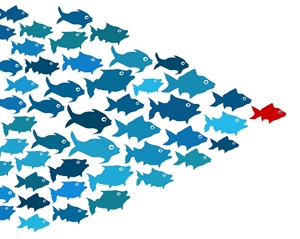 The desire to be part of a team is in all of us, and a new study has highlighted this by concluding that being ignored at work is worse than being bullied.

The study from the University of British Columbia’s Sauder School of Business surveyed a number of participants on what their feelings were towards certain types of workplace behaviour.

Despite researchers finding that employees rate ostracism less socially inappropriate and harmful than bullying, subsequent surveys found those who had experienced it displayed a number of negative tenancies.

“We’ve been taught that ignoring someone is socially preferable – if you don’t have something nice to say, don’t say anything at all,” explained Sauder Professor Sandra Robinson, who co-authored the study.

“But ostracism actually leads people to feel more helpless, like they’re not worthy of any attention at all.”

Researchers discovered employees who had felt isolated, both socially and professionally, in their workplace were more likely to feel they don’t belong and have a stronger intention to find a new job. A larger proportion of these employees also experienced significant health problems as a result.

A similar study was conducted by another Canadian university who found their results on individual cases of workplace isolation had resulted in the employee no longer in the same role three years later.

“There is a tremendous effort underway to counter bullying in workplaces and schools, which is definitely important. But abuse is not always obvious,” Professor Robinson said.

“There are many people who feel quietly victimised in their daily lives, and most of our current strategies for dealing with workplace injustice don’t give them a voice.”

Workplace isolation is difficult to spot, so it is up to employers to invest in sufficient strategies and practices to manage issues.

One way to achieve this is by installing HRMS software, which allows employees to submit grievances online. This means all issues are recorded into the HR system and can be dealt with in a timely manner.