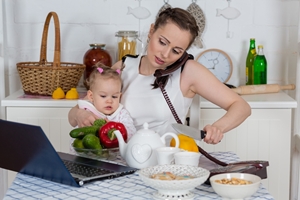 Business leaders are urged to introduce better strategies for parents returning to the workplace, following a study released by The Australian Human Rights Commission.

The study found that half of women in Australia experienced some form of discrimination in their careers at different stages of the parenting journey.

In comparison, 27 per cent of men who took parental leave were also subject to forms of discrimination when they returned to work.

The majority of the women (35 per cent) said the discrimination happened most often when they returned to work. This was closely followed by when they were requesting parental leave (32 per cent) and when they were pregnant in the workplace (27 per cent).

This included salary reductions and missing out on professional development and training. Women also faced more personal attacks such as negative comments over breastfeeding or being denied the opportunity to work flexibly around their parenting commitments.

The discrimination that women felt at work affected many aspects of their lives. The study revealed 84 per cent of mothers reported a negative impact on their mental well-being. This included stress and impact on their self-esteem.

Women were also more unlikely to return to their employee or show loyalty as a result of the discrimination they suffered.

Fortunately, there are measures business can take to keep parents satisfied at work. One way is by introducing HR management software.

The HRMS software helps employers keep everyone in the office safe and happy, including parents. If there is any form of discrimination, it can be logged online and harassment incidents can be reported.

By having the information recorded in this way, businesses can reduce stress on those being discriminated against and resolve disputes in a timely manner.

This can also ensure there is less negative behaviour in the office and those with children can have the flexibility they need to balance a family and a career.