Rise in job ads shows no sign of slowing 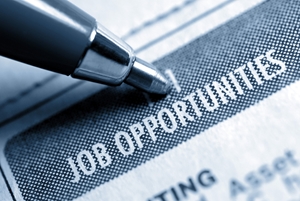 Rise in job ads shows no sign of slowing

Job seekers across the country could find there are yet more opportunities on offer, as the latest ANZ figures point to a rise in advertisements. The bank's Job Ads Series for December reveals a 1.8 per cent increase from the previous month, making this the seventh in a row that a rise has been registered.

Chief Economist at ANZ Warren Hogan said the results are "encouraging", especially as they now show annual growth in advertisements as standing at 11.4 per cent.

Mr Hogan continued: "The good news is that the economy continues to produce new employment opportunities.

"The bad news is that this has not been quite enough to counteract the flow of new workers into the economy plus the on-going loss of jobs in certain sectors."

Both internet and newspaper job advertisements increased over the course of December, up 1.8 per cent and 3 per cent month-on-month, respectively. Newspaper postings were especially popular in the ACT, South Australia and New South Wales, despite marking a decline in every other state and territory.

No matter where in the country you're based, HRMS software could be just what your company needs to stay on track in 2015. It can give an overview of your daily operations and ensure you have all the information you need to make the right business decisions.

Hudson recently released its Hiring Report: The State of Hiring in Australia 2015, which found that many employees are in search of a better work-life balance. Of the 3,000 professionals surveyed, 70 per cent named it as their number one priority in their career.

Ranking in second place was the desire for a higher salary with 67 per cent of the vote, while 64 per cent said they'd like to find a position that offers a better cultural fit. This shows that people are more inclined to seek a sense of belonging from their role.