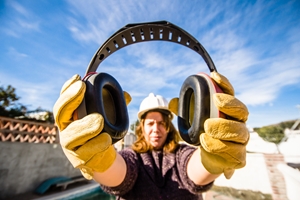 Knowing you’re going to be safe at work is a basic right you have as an employee, and it’s your manager’s responsibility to make sure this is the case.

The Queensland state government has taken steps to improve its workplace safety record over the past two years, and it seems the effort is starting to pay off.

Attorney-General and Minister for Justice Jarrod Bleijie revealed that inspectors are turning up at locations more frequently – they have visited 15.2 per cent more job sites over the two-year period than previous years.

“In the last two years, workplace fatalities across the state have decreased by 21.3 per cent,” said Mr Bleijie.

“The rate of general workplace injuries is down 8.2 per cent and there has been a 6.1 per cent drop in the rate of serious work-related injuries.”

Several initiatives have been rolled out to make workplace safety a more prominent issue, such as increased fines for electrical breaches and extensions to the Zero Harm at Work Leadership Program.

October marks Safe Work Australia Month, which will further emphasise the need for places of employment all over the country to ensure the wellbeing of their workforce.

There are various ways in which companies can tackle the issue, but one of them is to invest in HR consulting.

This gives employers the opportunity to identify areas where workers might be struggling, which could ultimately make them more productive and fulfilled in their roles.

Safe Work Australia has also designed an app that can be used in conjunction with its October campaign, giving users the chance to access handy hints and tips to ensure they are healthy and secure.

It also contains information on events that are being held throughout the country to mark the campaign, as well as statistics relating to workplace safety.