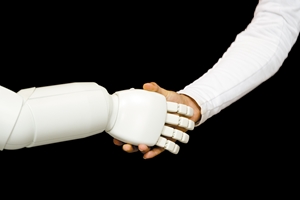 The next 12 months could be a turning point for the nation’s jobs market, especially as business confidence starts to improve. This is according to Hays, which revealed that sentiment began to escalate towards the end of last year, building from the post-federal budget lows.

Managing Director of Hays in Australia and New Zealand Nick Deligiannis predicts that some areas will witness particular demand for expertise. One of these will be digital marketing and mobile optimisation, as companies seek to improve their online offerings.

“In 2015, we will see labour demand improving as employers invest in full-time hires,” noted Mr Deligiannis.

“In particular, demand will be [for] high-level skills, especially in technical areas such as IT, construction and engineering.”

Another trend that Hays expects to emerge in the near future will see companies expected to do more with their talent, especially as costs need to be kept under control. As a result, new strategies for attracting and retaining the best candidates are likely to come to the fore.

This follows the release of the latest ANZ Job Ads series, which pointed to a rise in the number of positions being advertised online. November data showed there was a 0.9 per cent increase in internet job ads, offsetting some of the 5.4 per cent fall in those advertised in newspapers.

Total advertisements have now increased for the sixth month in a row and have trended higher for the past 13 months. They are 8.9 per cent higher than a year ago.

No matter whether your company is expanding its workforce in the new year or hoping to gain a more valuable insight into its existing setup, HR management software could be well worth investing in. It can give an overview of your business’ operations and enable you to make better informed decisions.