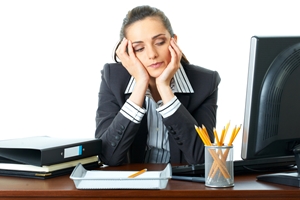 Boosting productivity and refreshing workers could be as easy as allowing them to take online breaks. Connecting via cyberspace can result in momentary recovery, learning and satisfaction for employees, according to new research.

The new research by the University of Cincinnati suggests that organisational policies that encourage the potential of online work breaks, while also enforcing responsible work behaviour could be beneficial for companies.

“Employees reported benefits on going online to balance their work and personal responsibilities, such as checking on their children,” explained Lead Researcher Sung Doo Kim.

“After reassuring themselves about their children, they were better able to focus on their work.”

However, it is important to monitor online break time as “cyber loafing” occurred if they were taken in an undisciplined manner, which lead to loss of time and productivity. HRMS software personalises processes and policy with an individual employee’s role and needs to optimise performance.

The study used in-depth interviews to explore how 33 professionals from a variety of industries and roles took online breaks. Four specific areas were examined: what makes people take online breaks, why people chose to takes online breaks rather than offline, what the breaks were used for and consequences of the breaks.

The activities of the participants were categorised into two groups, pleasure-seeking and non-work related duties. However, the results showed overlap between the two categories. In a press release from the University of Cincinnati it was stated that this indicates “the multipurpose fuzzy nature of online breaks”.

Mr Kim said that people took online breaks when they needed to recover. This could be because they were feeling “frazzled” or had low physical or emotional energy. Other triggers included an event in the workplace that caused emotion in the participant such as anger or frustration, needing to check in on someone or something and boredom.

Office environment was also found to have an affect on the refreshing nature of online breaks. If the person sat at a computer for most of the day the online break was less likely to be rejuvenating than someone who interacted with people all day or spent a large amount of their day doing physical activity.