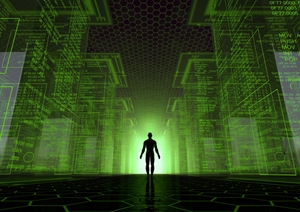 More companies are looking to increase or redirect investment in HR technology, such as HRMS software, a new survey of 1,048 organisations spread across 45 countries reports.

The Towers Watson 2014 HR Service Delivery and Technology Survey found 33 per cent of respondents were spending more on HR technology than in previous years and 52 per cent were spending about the same with a greater investment in HR data and analytics, portals and payroll. Only 15 per cent were planning on lowering their budgets for this year.

Mike DiClaudio, global leader of Towers Watson’s HR Service Delivery practice, says that companies were still investing in HR technologies even though there were cost-cutting measures in other areas of HR.

“Companies are realising the value that consumer-grade technology brings to HR and are willing to make smart investments that can grow and evolve with the business. It also appears that companies are splitting their investments between core HR systems such as talent management and payroll, and next-generation technology including HR data and analytics, and integrated talent management systems,” says Mr DiClaudio.

Respondents also reported an increase in HR portal utilisation with 60 per cent of employers having an HR portal, such as Enterprise Plus in place. This is a 7 per cent increase from last year’s survey.

Balancing people, processes and technology was identified as a key priority and companies are streamlining business processes to run the HR function more like a business, says Mr DiClaudio.

The survey also found that 63 per cent of the companies conducted employee engagement surveys at least once every two years, and 33 per cent of those businesses use the responses to enact change from within. It was found that companies that conducted these surveys had twice the satisfaction rate with the implementation of new technologies than those that did not, suggesting it’s mutually beneficial for businesses to take employee considerations to heart.