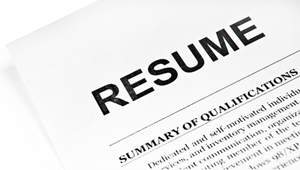 Recruitment and selection is an important part of an organisation and finding the right talent can be an arduous talent, but what if they’re not even applying?

A recent survey on the Harvard Business Review (HBR) blog of more than 1,000 professionals in the United States found that the main reason people do not apply for a job is because they think they are not suitably qualified.

The survey was conducted by author Tara Sophia Mohr to debunk the myth that women lack confidence and only apply for a job if they meet 100 per cent of the criteria.

The survey found that lack of confidence was not holding back but rather what was specified in the job description. Both men (46.4 per cent) and women’s (40.6 per cent) top reason for not applying for a job was that they didn’t think they would be hired as they didn’t have the required qualifications and didn’t want to waste the organisation’s time.

The second highest response was a similar idea. Men (20 per cent) and women (13.1 per cent) did not want to waste the recruiter’s time as they had already made it clear who they wanted for the position.

Ms Mohr said the results are indicative of a misunderstanding of the hiring process, not a confidence issue.

“They didn’t see the hiring process as one where advocacy, relationships, or a creative approach to framing one’s expertise could overcome not having the skills and experiences outlined in the job qualifications,” explained Ms Mohr in an August 25 HBR blog article.

Lack of confidence was identified as more of an issue for women than men however, with 21.6 per cent of women saying that they didn’t apply for the job because they didn’t think the meet the specifications and didn’t want to put themselves out there and risk failing. Only 12.7 per cent of men identified this as an issue.