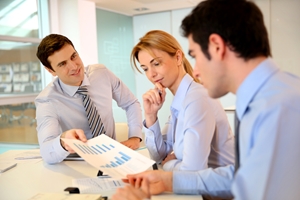 Is workplace secrecy costing you productivity?

Communication and openness are essential ingredients to the success of any organisation, but should that extend to your employees’ remuneration as well?

According to a new study published in the Academy of Management Journal, encouraging ‘pay secrecy’ and not disclosing pay scales amongst employees can actually negatively impact job performance and productivity.

In order to come to this conclusion, the researchers behind the project took 280 Israeli undergraduates and offered them payment in exchange for playing one hour of video games – a deal no university student would be able to turn down.

The results revealed that people working in an environment where pay bonuses are not disclosed are likely to underperform as they will underestimate the rewards on offer for successful individuals.

“When the economic gap is imagined to be so minimal between good and bad performers, the employee thinks that working harder just isn’t worth the effort,” explained Professor Peter Bamberger of Tel Aviv University’s Recanati School of Business.

Professor Bamberger says that while the majority of organisations falsely believe pay transparency hurts overall employee efficiency, the study proved that secrecy only has a “negative effect” on individual performance.

While your business may not want to start disclosing employee salary differences just yet, research such as this does prove that employees value information, and are more likely to perform at their best when they understand the rewards on offer.

That’s part of the reason why HR management software (HRMS) can be so valuable, as it can provide employees with quick and accurate performance appraisals and remuneration reports.

HRMS software can even be used to conduct online salary surveys and reviews, allowing your business to easily determine how employees feel about the remuneration rates of themselves and their colleagues.