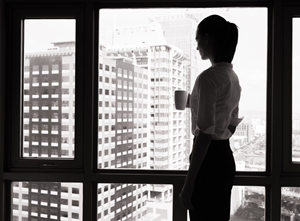 Is change management hurting your business?

While changes are inevitable, they must be completed in a way that doesn’t hurt the business internally. However, according to a recently released survey – there is still plenty of room for improvement in change management.

The Creative Group and AIGA surveyed more than 750 creative professionals to gauge whether change processes were affecting them and what aspects caused the most disruption.

The majority (53 per cent) believed that their team wasn’t sufficiently involved in changes within the business, compared to 45 per cent who thought they were.

It was also interesting to note what types of changes caused the most consternation among respondents. The most common answer was internal processes and procedures (51 per cent). A total of 48 per cent agreed that staff changes were the worst while new business direction got 37 per cent of the vote.

Diane Domeyer, executive director of The Creative Group explained that changes are a part of business, but HR teams must convey these clearer and with care.

“Change in the workplace almost always results in an initial dip in productivity and morale as people adapt,” she said in a January 21 media statement.

“Managers can ease the process by communicating openly and often, and setting appropriate expectations during the transition. Pressure to see immediate improvements can backfire.”

With this in mind, more than half of respondents said they received adequate training and information to make the most of these changes. This is where HR management software can come in handy.

Streamlining this area can lead to improved administration and record keeping, as well as a company’s ability to better provide the appropriate training.