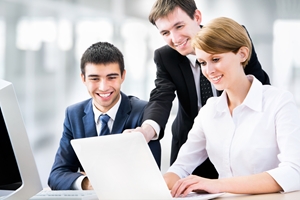 Developed countries are lagging behind their developing counterparts in terms of wage growth, the latest report from the International Labour Organisation (ILO) has revealed. The ILO Global Wage Report 2014-15 highlights the disparity that’s emerging across the world.

Emerging G20 economies witnessed 6.7 per cent growth in wages in 2012, while they increased 5.9 per cent the following year. This is compared to expansion of 0.1 per cent and 0.2 per cent, respectively in developed nations.

ILO Deputy Director-General for Policy Sandra Polaski explained how growth has only registered at low levels in these regions over recent years, while some areas have seen declines.

“This has weighed on overall economic performance, leading to sluggish household demand in most of these economies and the increasing risk of deflation in the eurozone,” said Ms Polaski.

She also called for countries to focus more heavily on preventing the stagnation of wages, which will be essential to delivering fairer economic growth across the world. Ms Polaski argued that “inequality is driven significantly by wage inequality”, so policies need to be introduced to address the issues.

The Australian Bureau of Statistics (ABS) released its September quarter wage growth figures, which showed increases across both to public and private sector sine the three months to June. The former witnessed a seasonally-adjusted rise of 0.5 per cent – slightly lower than the 0.6 per cent rise seen in the private sector.

Between the September quarters of 2013 and 2014, public sector wages were up 2.7 per cent, while the private sector experienced a 2.5 per cent increase.

The ILO reveals that in developed nations, wages comprise between 70 and 80 per cent of household incomes in properties where at least one person is of working age. In developing and emerging economies, self-employment was found to be more common.

Is it time your company invested in mobile HR? This can help you keep track of your workforce and ensure policy settings are just right for your business.