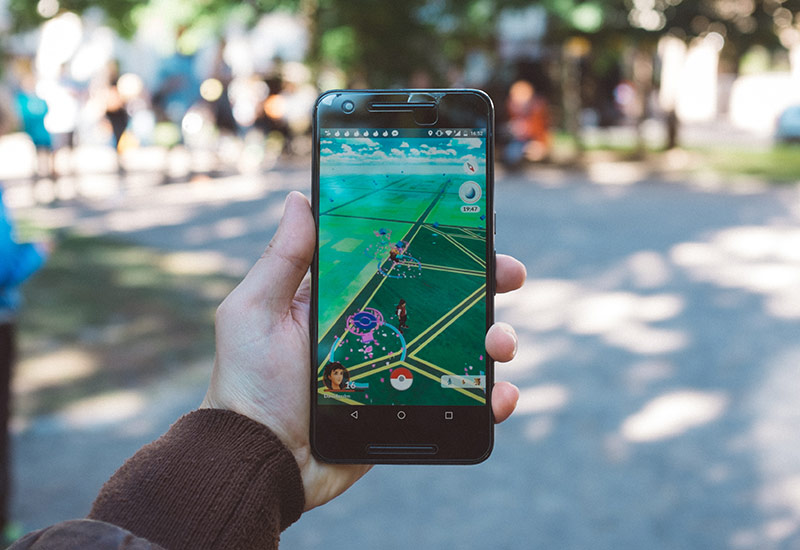 Pokemon Go? A good news for HR this year! The popular video game should be seen as a trigger to create transgenerational interactions in the workplace. It represents an opportunity to create a debate and open the conversation between Millennials and their older colleagues. Nintendo shows us the future of business and learning gamification. Augmented reality captures our attention like never before. Showing that it is necessary to leverage the latest technology  to maximise our abilities to learn and develop.

It’s one of its strong point, seeing Pokemons appear on our workplace is really fun, and also very useful! On one end, the game positively impacts our minds and bodies by motivating players to walk to the famous Pokestops  or arenas where eggs can hatch. On the other end, the app completely transport us to another universe right in their daily environment. Pokemon develops our capacity to observe, think and empathise: a winning formula to involve employees in the workplace.

Open to all, video games are a tool particularly attractive to younger workers. Pokemon Go has the advantage of being a mobile application, which can be downloaded directly on our smartphones – in fact, it’s the most viral of all times with more new daily users than Twitter! A good way to seduce

Pokemon Go seems to be a logical evolution of the serious game, whether it’s to entertain the user, develop a familiar environment, and this way anchor the game in a certain reality. It’s this blur between virtuality and reality that brings players to be more aware of their surroundings, and uncover their workplace in a new light. By playing with the game, employees could become more mindful, linking the domain of the imaginary to the present moment.

Given that players have their eyes focused on their virtual mission, it may be hard to believe… Nonetheless, Pokemon Go is actually a group activity, being played by families, groups of friends or colleagues! Even if these exchanges and interactions are informal, it’s an opportunity for all to gather. Besides, the phenomenon doesn’t compromise productivity, since  players go on their hunt during their lunch breaks or after work.

All generations are affected by the Pokemon Go phenomenon, but we can distinguish two categories. The ones who have seen the game develop and the ones who have actually grown with it as children. In the end, regardless of the background and motivations of each, younger and older generations all admit that the game bring people together.

With all those good reasons, why not let your employees catch them all?!