How to Improve Your Creative Skills - EmployeeConnect HRIS
26987
post-template-default,single,single-post,postid-26987,single-format-standard,ajax_fade,page_not_loaded,,qode-title-hidden,hide_top_bar_on_mobile_header,qode-child-theme-ver-1.0.1,qode-theme-ver-10.1.2,wpb-js-composer js-comp-ver-6.6.0,vc_responsive 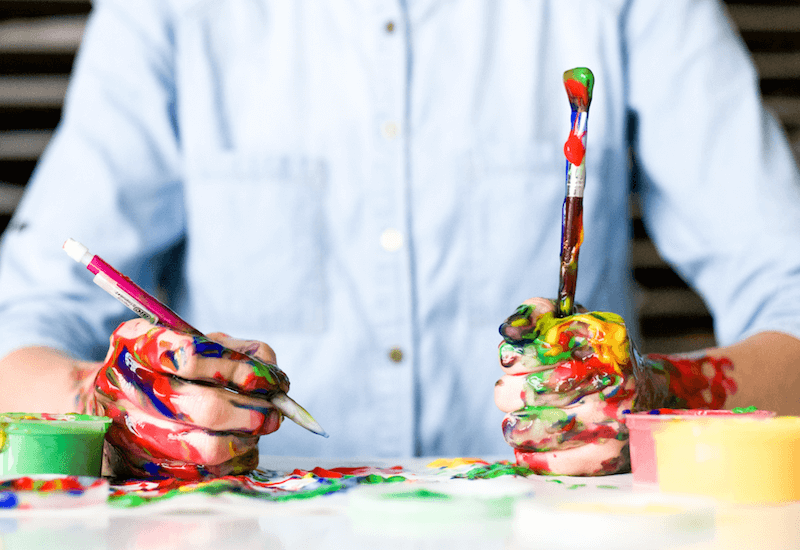 How to Improve Your Creative Skills

You may have noticed that some individuals are easily able to churn out new and innovative ideas and think creatively, while others may seem to struggle in doing so. That’s because the former type of individual possesses creative thinking skills, while the latter seems to be lacking the same. Although creativity is an innate skill, you can always pick up some useful techniques and skills that will help you to tap into the creative part of the brain (the right brain) and aid in problem-solving, managing change, and also provide a new perspective to innovation.

Let’s take a look at some of the creative thinking techniques which may seem a bit odd, but there are sound principles behind them.

Brainstorming is the act of gathering a group of individuals together and coming up with ideas. Some of the basic rules of brainstorming entail the following:

Brainstorming sessions are conducted in a couple of different ways such as:

People utilise this opportunity to group the ideas theme wise, so that the process of exploring new ideas become easier, and can be linked. One of the basic principles of brainstorming is that not every idea may be great. So the best way is to have the group come up with a lot of ideas so that the impractical and inappropriate ideas can be discarded. However, the problem is that there is no hard and fast rule as to how many ideas a group needs to generate to find an apt one. Also, there is no guarantee that you would be able to find that game-changing idea during brainstorming. Hence, it is quite important that the group sets aside a lot of time for brainstorming so that they keep exploring even after they have found a good idea. The reason behind doing so is that the first idea is rarely the best one.

A lot of research has been done on the way in both the sides of our brain functions differently. The left side of the human brain focuses on logic and order while the right side of the brain focuses on the creative and innovative aspects. Research has corroborated the fact when certain types of physical activities are being performed, they help in engaging the creative areas of the brain. Let’s take a look at some examples that utilise drawing techniques to help creative thinking.

Whether you may love or hate it, role plays can indeed produce some amazing results. This technique does not only entail the pretence of customer types role plays, but they also cover powerful and radical ideas. Business constellation is a role play technique that facilitates a group to explore the interrelationships within the group with the help of actors or group members who represent certain individuals and not necessarily themselves.

As per this technique, one individual begins by placing the rest of the individuals in the room to show the way in which they perceive the problem. Then each in the group shifts to where according to them they fit the best. As each person moves, it automatically impacts the others in the group who then wish to move again to a place of their choice. The outcome is achieved when everyone in the room is comfortable with their respective position within the group. This represents the structure of the group and the dynamics of the people within it. This is a very powerful technique which may cause emotions to go haywire. So you must do it only under trained supervision.

There are two important points to keep in mind while you are engaged in creative thinking techniques and skills. The first one is not to stop even when you feel you have reached a good point. It is always suggested that you should carry on a bit further from where you have reached. Just don’t stay put with the initial solution that you have reached. Try and explore other ideas as well. Secondly, you must go with the flow. You will realize that some of the most wonderful outcomes of creative thinking are the ones which are unexpected. So it is essential that you should just go with the flow and see what happens.