How to manage a multigenerational workforce - EmployeeConnect HRIS
1102
post-template-default,single,single-post,postid-1102,single-format-standard,ajax_fade,page_not_loaded,,qode-title-hidden,hide_top_bar_on_mobile_header,qode-child-theme-ver-1.0.1,qode-theme-ver-10.1.2,wpb-js-composer js-comp-ver-6.6.0,vc_responsive 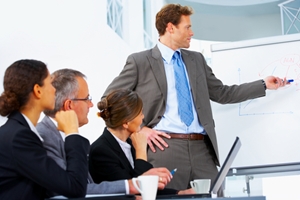 How to manage a multigenerational workforce

Getting a large groups of people to successfully work together is one of the most difficult tasks that HR departments must oversee. With an ageing population across most western states and increasing mobility between roles, people from different generations are now interacting on a larger scale.

For workplaces with increasing age diversity, what are the challenges that arise and how can they be tackled to ensure multigenerational workforce harmony?

Determining generational groups can be difficult, as terms and time spans tend to vary between different organisations. The most widely accepted terms were outlined by Griffith Business School, with the university highlighting four major generational groups in the workforce:

Maintaining positive relationships between these different groups is a global concern. According to a survey conducted by Randstad India, 70 per cent of CEOs cited multigenerational workforce differences as the biggest challenge they currently face.

As research from the University of Zurich pointed out, this is often due to completely different life experiences and language barriers between age groups. Workers will tend to communicate better with people who are similar to them, so there can be costs to this crucial aspect with increasing age diversity.

For companies that can properly manage their differing age groups, possibly with the aid of HR management software, the threat of age diversity can be completely turned around, according to industry expert Adrian Robles.

“A multigenerational workforce should be regarded as a great opportunity than a challenge since the company stands to benefit from the richness and breadth of ideas and perspectives that his highly diverse workforce brings”, he said in an August 10 Inquirer.net article.

The rise of Generation Y

Learning how to relate and communicate with Gen Y has become a key challenge for older managers, as they tend to have major differences from their young subordinates due to generational divides. While there can be uncertainty behind the frequently applied demographics, there is no doubt that this group has grown up with major influence from technological developments, especially the internet.

There are also common divides in attitudes towards work, as shown in a survey by LifeCourse associates. While 69 per cent of Baby Boomers felt strongly about hard work for its own sake, only 46 of Gen Y had the same sentiment. A further 73 per cent of Gen Y felt that work must have value to the customer or client, compared with 54 per cent of Baby Boomers. Gen Y have typically been known to expect a lot of feedback in their work and prefer short-term, achievable goals, according to LifeCourse associates.

How can your business support all generations?

Despite the strong stereotypes that exist, it is important to acknowledge that not all employees will fit under the generational demographics. As the Griffith University pointed out, understanding your own style of work and how it differs between the different age groups at your workplace is a great starting point, rather than ascribing all-purpose, generic plans to attempt to assist them. HR consulting may be useful to help you come up with strategies that fit your unique workplace situations.

Discourse can be avoided by building a level of understanding and trust between employees of differing ages. For example, encouraging social opportunities that appeal to a wide audience can be a good way to foster a sense of togetherness amongst workers in different generations.