Everything You Need To Know About Motivation - EmployeeConnect HRIS
25991
post-template-default,single,single-post,postid-25991,single-format-standard,ajax_fade,page_not_loaded,,qode-title-hidden,hide_top_bar_on_mobile_header,qode-child-theme-ver-1.0.1,qode-theme-ver-10.1.2,wpb-js-composer js-comp-ver-6.6.0,vc_responsive 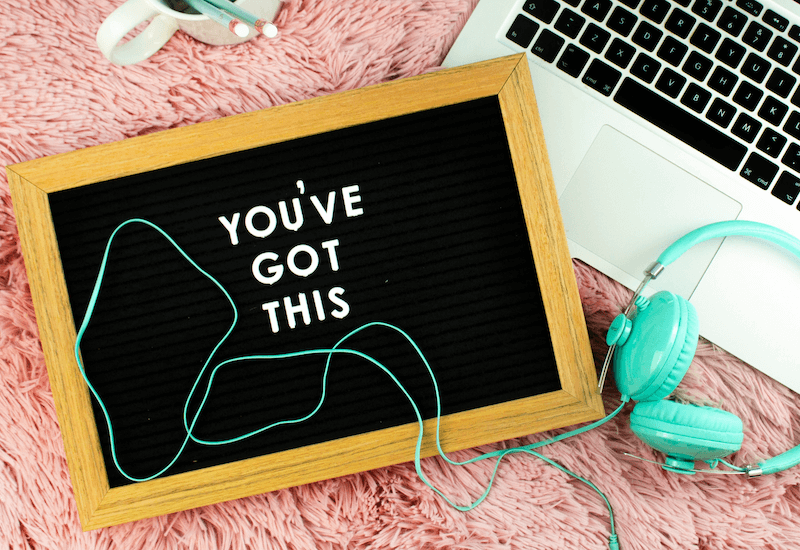 Everything You Need To Know About Motivation

Motivation can be quite tricky to manage but very powerful once mastered. It may be really easy to be motivated at times, while you may find yourself nearly impossible to motivate yourself at time. This may even lead to a spiralling state of procrastination. This article discusses various ways of staying motivated. According to scientists, motivation is the state of general willingness to do something. It is a set of psychological forces which force you to take action.

Let’s try and understand what motivation is in the real sense of the term. Renowned author Steven Pressfield in his book, ‘The War of Art’ has written a wonderful line which says: “At some point, the pain of not doing it becomes greater than the pain of doing it.” To paraphrase it, at some point it is easier to change than to remain the same. For instance, it is easier to take action and feel insecure at the gym instead of sitting at home and indulge in self-loathing. Similarly, it is much easier to make that awkward sale call instead of feeling disappointed about your depleting bank account. When you are motivated, every choice that you make has a price. Sometimes people tend to cross that mental threshold after weeks of procrastination to meet an impending deadline, that it actually becomes more painful not to do the work instead of actually doing it.

Motivation surprisingly comes after you start a new behaviour and not before! This is one of the most common misconceptions. A common misconception that prevails is that one feels motivated only as an outcome of passively watching a motivational video or reading an inspirational book. However, the fact is motivation is often the outcome of an action and not the cause of it. Even if you start in small ways, it will naturally produce momentum. This can be likened to the effect of Newton’s first law that objects in motion tend to stay in motion. Once you start a task, it is relatively easier to continue moving it forward. Similarly, once you start a behaviour, you do not need much motivation. Once you start, progress occurs at a more natural pace. In other words, you will often find that it is easier to accomplish a task than to start it initially. Hence, one of the keys of staying motivated is to make it easier to start first.

A lot of people struggle to find their much-needed motivation to achieve the goals as they waste too much time and energy on other parts of the process. If you wish to make it easier to seek motivation and get started, then it helps to automate the initial stages of your behaviour.

Have a Schedule to Stay Motivated

It has been observed that people can never start writing as they always keep wondering about what they would write next.  The same goes for starting a business, working out, creating a piece of art, and even building most of the habits.

If you do not set a regular time for your workout, then every day you would get up thinking to feel motivated today to start exercising. Similarly, if your business does not have the required system for marketing, then you end up coming to work every day thinking you will find a way to spread the word around. Likewise, if you do not have a scheduled time to sit down and write every week, then you will find yourself saying that you need to seek the willpower to do so.

It may appear simple to set a schedule for yourself, but it puts your decision-making abilities on autopilot by giving your goals a time and a place to thrive. If you have a schedule, it is much more likely that you would follow it irrespective of your motivation levels. Hence, you first need to stop waiting for motivation to show up and instead set up a schedule for your habits. This is where the difference lies between professionals and amateurs. Professionals always set up a schedule and stick to it, while amateurs wait until they feel motivated.

The Key to Stay Motivated

Have you ever wondered how do most of the great artists in the world motivate themselves? They obviously do not just set schedules and build rituals. They instead follow a consistent pattern and schedule. For instance, in order to exercise more consistently, you need to follow the same warm-up routine in the gym. Similarly, in order to be more creative, you should follow a certain creative ritual before you begin singing, painting, or writing. If you wish to begin every day in a stress-free manner, you need to create a five minute morning meditation ritual for yourself. Likewise, if you wish to have better sleep, you need to have a regular power-down routine before bedtime.

The significance and the power of a ritual lie in the fact that it provides a mindless way to initiate your behaviour. It makes it relatively easier to begin your habits and following it consistently as well. A lot of people feel stuck as they are unable to decide how to get started. Starting a behaviour needs to be automatic and easy so that you have the energy and strength to finish it especially when it becomes difficult and challenging.

Let’s take a look at three simple steps to follow in order to build better rituals and make motivation a habit.

Step 2: Your routine should be such that it gets you moving towards your goal. If there is a lack in your mental motivation, there will be a lack of physical movement as well. Take, for instance, the state of being depressed, bored, or de-motivated. In such a state, you do not tend to move very much. Similarly, the reverse is true as well. If you are physically engaged and moving, it is much more likely that you will feel mentally energised and engaged. For instance, it is just not possible to feel vibrant and energised when you are dancing.

Once you have an easy routine to start with, it should gradually shift into a routine which involves more physical movement. When you do so, your mind and your motivation will automatically follow your physical movement. Physical movement does not necessarily mean exercise. For instance, if your goal is to write, then your routine should ideally bring you closer to the actual act of writing.

Step 3: It is imperative that you follow the same pattern every single day. The entire objective of your pre-game routine is to create a series of events that you wish to perform before doing a specific task. When you do so, this routine becomes automatically tied to your performance. It becomes your second nature where you are driven into a mental state that is conditioned to perform. You do not need to seek motivation; you just need to commence your routine. Your pre-game routine is, in fact, the trigger which kick starts your habit even though you may not be motivated to do it. This is significant because when you don’t feel motivated enough, it often appears like too much work to figure out the next step. Your pre-game routine solves this issue because you know exactly what to do next. It does not need decision making nor does lack of motivation affects here. All you need to do is to simply follow the pattern.

Science has proved that human beings are fond of challenges, but only if they are within an optimal zone of difficulty range. If the tasks are significantly below an individual’s present abilities, human beings tend to find it boring. Similarly, if there are tasks which are beyond his or her present abilities, they tend to be discouraging as well. Human beings find that tasks which are right on the brink of success and failure are incredibly motivating and stimulating for the human brain.

It has been proved by research that human beings tend to experience the peak of motivation when they work on tasks that are on the edge of their current abilities. That is tasks that are neither too easy nor too difficult, but just right. When you feel unmotivated to perform a task, it is either because it has shifted to an area of boredom or treaded into an area of great difficulty. So you need to figure out a way to pull your tasks back to the zone of your abilities where you feel challenged but capable.

Reaching the Zenith of Motivation

‘Flow’ is usually referred to as a wonderful blend of happiness and peak of performance. It is a mental state that you tend to experience when you are quite focused on the task at hand that the rest of the world fades out for you. This is the actual peak of motivation. When you tend to work on challenges of optimal difficulty, then you will not only be motivated but also experience a boost in your happiness level. In order to reach this peak of performance, you not only need to work on the challenges but also the right degree of difficulty while measuring your immediate progress. In other words, measurement is one of the key factors in motivation. When you face an optimal challenge and you tend to receive instant feedback about your progress, it is one of the most crucial components of peak motivation.

Things to Do When Motivation Fades Out

It is quite likely that your motivation levels will dip at some point while performing a task. So what do you do when that happens?