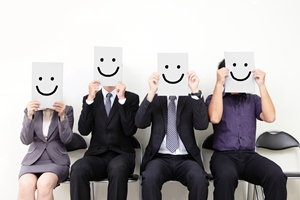 Employee welfare should be central to business

Companies that have employee welfare in mind have higher future stock returns according to recent research.

Alex Edmans, a professor of finance at Wharton and the London Business School, examined data from Fortune’s list of 100 Best Companies to Work For in America to assess the correlation between high-performing companies and employee welfare.

The results of this study showed that companies on the Forbes list performed better than the market average by 2 to 3 per cent each year. In total, he examined 26 years of data.

Mr Edmans recently expanded this study to include 14 countries and found that in countries with flexible labour markets the benefits of employee welfare were “particularly strong”. In most of the countries employee satisfaction was linked with higher returns on future stock.

One of the key points that Mr Edmans has taken away from this research is the positive correlation between employee welfare.

“While seemingly intuitive, this idea is contrary to traditional ways of managing workers. Human resource departments are not just cost centres, but a positive source of value creation,” explained Mr Edman in an August 21 op-ed piece in City A.M.

Employee welfare is about delivering benefits, facilities and services to employees such as monitoring working conditions and providing additional insurance policies to employees. HRMS software that is people-centric can help your company enhance employee welfare.

Topping the Best Companies to Work For list this year was Google, followed by SAS, the Boston Consulting Group, Edward Jones and Quiken Loans respectively.

Google has been featured on the list eight times now. Employee benefits include Google stock and supporting charitable initiatives. Last year, employees were able to participate in community projects in Ghana and India.