Customer-facing professions are the most stressful - EmployeeConnect HRIS
890
post-template-default,single,single-post,postid-890,single-format-standard,ajax_fade,page_not_loaded,,qode-title-hidden,hide_top_bar_on_mobile_header,qode-child-theme-ver-1.0.1,qode-theme-ver-10.1.2,wpb-js-composer js-comp-ver-6.6.0,vc_responsive 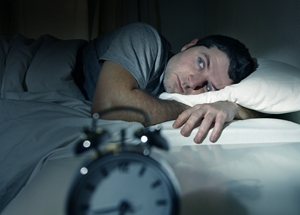 Customer-facing professions are the most stressful

If you’ve ever thought your job as an executive assistant is stressful then you could find you’re not alone, as stress is revealed as the country’s most common health issue.

During the 12 months to June, Roy Morgan found that stress is prevalent across the workforce, while anxiety isn’t ranked too far behind.

However, the group discovered how some professions are more prone to stress than others, with sales support workers leading the pack with 48.3 per cent of them experiencing it in an average year.

This was followed by 37.7 per cent of workers in the hospitality sector, as well as 35 per cent of individuals in legal, social and welfare industries.

A 2013 report from the Australian Psychological Society found 47 per cent of Australians believe workplace issues are a source of stress, although this decreases as people become older.

The only exception to this is that workers between the ages of 46 and 52 reported almost the same levels of workplace concern (52 per cent) as the youngest group, which represented the 18 to 25-year-old age bracket (53 per cent).

Employees were also keen to point out factors that improve the mental health of their workplace, such as the support of a manager, receiving frequent feedback and being clear on expectations.

Roy Morgan discovered that the occupations less likely to be impacted by stress include those in the animal and horticultural industries, as well as clerical and office support workers.

All these sectors are less exposed to stress than retirees, showing that choosing the right profession could potentially have a positive impact on mental wellbeing.

Group Account Director at Roy Morgan Research Angela Smith said: “Being out of work, on the other hand, increases a person’s likelihood of experiencing stress.

“Certainly, there’s nothing relaxing about competing with hundreds of other jobseekers and waiting for hours in Centrelink queues.”

If your company is hoping to improve its internal processes to reduce stress, why not think about mobile HR?