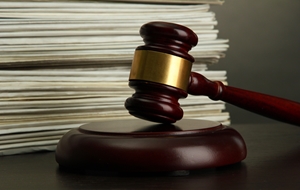 Maintaining equality in the workplace is an important human resources responsibility, ensuring all employees feel comfortable within a business. The Australian government is preparing to alter the rules around gender reporting to focus these efforts.

The reporting criteria introduced in the Workplace Gender Equality Act sought to allow business to record their own gender equality initiatives and evaluate their effectiveness. However, the government has concluded that the reporting guidelines were too strict, and need to be streamlined in order for them to be effective.

Employers surveyed by the government expressed difficulty with the complexity of the past regime, and weren’t sure that much of a difference was actually being made.

One of the changes includes removing the need to report individual remuneration components for each employee, freeing up time that would normally be spent recording this.

Employers also no longer need to report on interviews and job applications, or provide details of CEO salaries, for the purposes of the Workplace Gender Equality Act.

These requirements will come into effect for the year 2015-16 on onwards and will only change reporting for manager categories. The reason the changes aren’t altering reporting on non-manager categories is because no clear alternative has been set up as yet. A consulting group has been established to work through these issues.

As there is still a number of criteria to report on, HR consulting may be required to ensure your business is responding correctly and effectively. For this year and onwards, companies must still keep track of the following:

The changes are expected to reduce costs on top saving time, with up to a third less spending predicted on future equality reports. These efforts reflect the commitment of both the government and Australian business to providing an inclusive workplace.