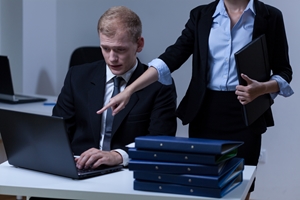 Keeping employees motivated to perform well is an ongoing challenge for many companies. However, a recent report has shed some light on how to best approach tasks and rewards with your employees.

PwC UK and the London Business School found that framing tasks in a negative light made managers more than twice as likely to perform unethically. In their report, “Stand out for the right reasons: Why you can’t scare people into doing the right thing”, they identified the concepts of “loss framing” – motivating through the threat of a negative career outcome – and “gain framing” – motivating through the promise of a positive career gain.

HR consulting can help shift the perception of rewards from something lost through bad performance to something gained through good performance. Having a positive workplace environment rather than a culture of fear has great benefits. Not only will staff perform more ethically, but their overall emotional well-being will improve, according to the report.

Gain framing should not just be encouraged by upper management but by the whole company. In a July 3 Forbes article, Larry Myler explained the idea of “social motivation” and how it can contribute to better performance in the workplace.

“Social norming can either extinguish or encourage desired engagement attitudes and behaviours,” he wrote.

If the whole workforce is engaged with the idea of gain framing, the benefits of better performance through this method will be easier to achieve.