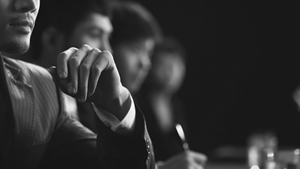 While the importance of employee engagement has been a hot topic for a number of years, a recent analysis has shown that many companies still haven’t developed enough in this area.

Temkin Group looked at over 100 companies and ranked them on a five-tier system based on how mature the employee engagement was in the business. The results on the whole showed that a lot of organisations were not meeting their potential.

The majority of companies (56 per cent) were still in the first two stages of “damaging” and “neglecting” and only 3 per cent had reached the highest stage of maturity (“maximising”). Those categorised in the bottom section alone had equal numbers to the top two tiers combined (19 per cent).

In order to build a more developed and reliable employee engagement initiative, you need to ensure that your employees are being treated well.

A study conducted in 2012 by Florida State University revealed that without company support and other resources, employees who initially showed high levels of engagement would become jaded. In many cases, portions of employees started to display negative behaviour. This included a decline in helpful behaviour (50 per cent), increased anger with supervisors (35 per cent), additional stress (30 per cent) and lower productivity (25 per cent).

In order to ensure you both achieve and maintain employee engagement, strong management schemes (aided by HR management software) need to be put into place.