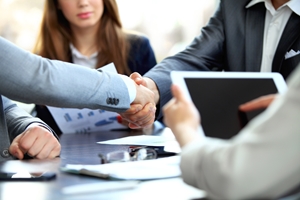 Difficult conditions continue for businesses up and down the country, as October data from Roy Morgan Research points to a decline in confidence.

Confidence now stands at 21.4 points below its peak on the survey, down 15.7 per cent from the reading taken in October 2013. Not only this, it's now at the lowest level since June and under the four-year average.

Industry Communications Director at Roy Morgan Research Norman Morris explained how much of the fall is a result of poor expectations for the economy over the next 12 months.

"Economic growth depends to a large extent on increased business investment and in October the proportion of businesses considering that the next 12 months would be a good time to invest in growing their business declined to only 52 per cent," noted Mr Morris.

This marks a decline from the 61 per cent who said the same back in September and is also lower than the 56 per cent recorded in August.

Mr Morris also suggested that the Reserve Bank of Australia's statement on the economy has done little to improve sentiment, as it predicts moderate growth over the coming months.

There is also the fact that mining investment is still in decline, which has put a dampener on future growth.

Earlier this month, the Australian Chamber of Commerce and Industry (ACCI) released its Business Expectations Survey, which pointed to further difficulties facing the nation's firms.

It also pointed to a decline in expectations for the economy over the next 12 months, as September quarter data revealed a fall in trading conditions.

Profitability and investment intentions have also struggled over recent months, although the ACCI acknowledges that they are starting to return to normal levels.

If you're hoping to grow your business over the coming months then make sure you invest in HR management software to give a better overview of your workforce.