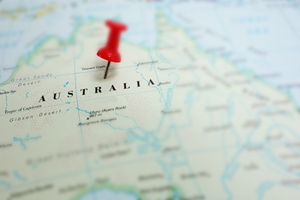 Australia named a top place to do business

Opportunities for doing business with Australia could soon be in the spotlight, as the country has been named one of the world’s top places for corporate transactions. Compiled by the World Bank Group, the report found that companies tend to look for key features before deciding where to carry out deals – and Australia has many of them to its name.

Doing Business 2015: Going Beyond Efficiency ranked Australia in 10th place. This meant it registered higher than several key nations, including the UAW, Germany, Canada and Malaysia. At the top of the list was Singapore, closely followed by New Zealand in second.

What are businesses looking for?

Companies were asked what features they look for in a country before deciding whether to do business with them. This led the World Bank Group to assess firms based on 11 key criteria, ranging from how easy it is to get an enterprise up and running to the amount of tax they have to pay.

Other areas given consideration included trade across borders, the protection of minority investors and what steps are taken to resolve insolvency.

Laws played an important role in the accessibility of certain countries. Companies tend to look at how easy it would be to get a business up and running, as well as how simple it is to close one again.

What is so appealing about Australia?

There are various reasons why Australia is likely to prove a major draw card for international businesses at the moment. Its economy is generally perceived as stable compared to many other developed nations, and there’s the open door policy that the government has been keen to promote.

Australian businesses are generally optimistic about what the future has in store as well. The latest Commonwealth Bank Future Business Index showed confidence levels remain high, with 53 per cent of firms focusing their efforts on growth during the second quarter of the year.