Are you giving employee resumes the attention they deserve? - EmployeeConnect HRIS
728
post-template-default,single,single-post,postid-728,single-format-standard,ajax_fade,page_not_loaded,,qode-title-hidden,hide_top_bar_on_mobile_header,qode-child-theme-ver-1.0.1,qode-theme-ver-10.1.2,wpb-js-composer js-comp-ver-6.6.0,vc_responsive 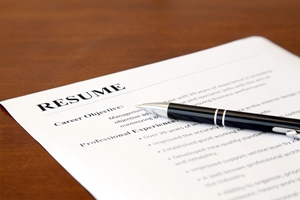 Are you giving employee resumes the attention they deserve?

“Best of breed”, “go-getter” and “think outside of the box” – these are the terms which can take an otherwise promising resume or cover letter and send it straight into the bin.

That’s according to a recent survey from CareerBuilder, which has shed light on the key buzzwords and concepts that most appeal to or frustrate hiring managers and human resource departments.

The online employment website surveyed more than 2,200 hiring managers and human resource professionals in late 2013 to determine which terms are most likely to turn off employers.

In addition to the above terms, words like “synergy”, “go-to person” and “thought leadership” were all named by a significant portion of respondents as resume gaffes.

“Subjective terms and cliches are seen as negative because they don’t convey real information. For instance, don’t say you are ‘results-driven’; show the employer your actual results.”

Are you giving candidates the attention they deserve?

According to the CareerBuilder survey, the average hiring manager spends less than 2 minutes reviewing employee resumes. Of this number, 17 percent devote less than 30 seconds to each CV that comes to their desk!

That suggests that many organisations may not be giving the average candidate the consideration they really deserve.

How many otherwise perfectly qualified and potentially valuable employees has your organisation passed up simply because time constraints prevented them from getting a fair opportunity?

It’s true that recruitment can be complex and time-consuming if done completely manually. Fortunately, there is advanced HR Management Software (HRMS) to streamline this critical process.

HRMS software that is capable of processing recruitment requests, tracking applicants and managing resumes can be a vital tool in ensuring that the right candidate is found for each crucial position in your organisation.

Rather than judging applicants based on keywords or buzz-terms, you will be able to weigh each on his or her merits, and build a stronger team as a result.