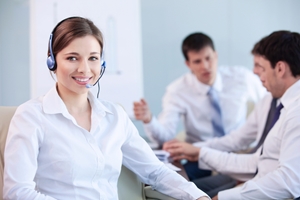 With technology expanding the scope and size of administrative roles, professionals who take on the responsibility of these tasks are becoming increasingly key to business function.

In a survey conducted by OfficeTeam on behalf of Robert Half, 60 per cent of managers agreed that they valued administrative staff more now than they did 10 years ago. This closely coincided with the number of support staff who felt they had a more important role at 62 per cent.

In terms of specific traits, both managers and support staff agreed that flexibility was the most desirable personal attribute, as this was the most commonly mentioned by both groups. However, there was a slight divergence in opinions when it came to the most important skill.

While time management was named by 30 per cent of managers, organisational skills were top on the administrative list, with 39 per cent of support workers citing this particular knowledge base.

The research continues from the “Office of the Future project”, which looks at current and emerging trends for employees in administrative roles. From this research, it was clear to see why flexibility is such an engrained characteristic, as the majority of support workers (55 per cent) said they often performed tasks outside of their job description. On the flip side, only 1 per cent said they never performed jobs that were outside of their role.

These tasks often keep support workers on their toes. Some of the stranger requests that were mentioned included organising a hula hoop competition across the entire workplace, taking care of pet snails and assembling Christmas trees in seven different locations

From time to time, administrative staff in the HR department will have a lot asked of them and they may need help from HR management software to keep track of tasks. Nevertheless, the work they do is definitely of great value to everyone in the business.