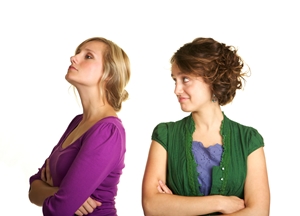 Abusive leadership not only negatively affects the employee being bullied but the entire team, which impacts staff productivity.

New research conducted in both China and the United States by Michigan State University’s Assistant Professor Crystal Farh found that verbally abusive bosses have a widespread influence in an organisation – and not in a good way.

Team members in an environment with a nonphysically abusive boss were found to act more aggressively towards each other.

“That’s the most disturbing finding,” Ms Farh explained, “because it’s not just about individual victims now, it’s about creating a context where everybody suffers, regardless of whether you were individually abused or not.”

The study examined the result of verbal mistreatment and demeaning emails on employees. From an individual perspective, the abusive behaviour made them feel devalued and lessened their contribution to the team.

Productivity was further reduced by this behaviour as the teams entered into conflict with each other. Ms Farh said that in teams where relationship conflict is present, people are “are hostile toward other members, mistreat them, speak to them rudely and experience negative emotions toward them”.

Ms Farh explained that companies wishing to restore interpersonal relationships within teams need to work on re-establishing a culture of trust and harmony.

HRIS helps organisations efficiently identify problems and issues that affect employee productivity and deal with the issues through formal structures such as discipline events, report and online grievance or harassment reporting.

Dealing with issues as soon as they arise helps ensure a positive and engaged workforce.

The experiment was first conducted in China with 51 teams from a variety of professions from 10 firms. The average team size was six. The study was then recreated in the United States with 300 participants in a controlled laboratory setting.