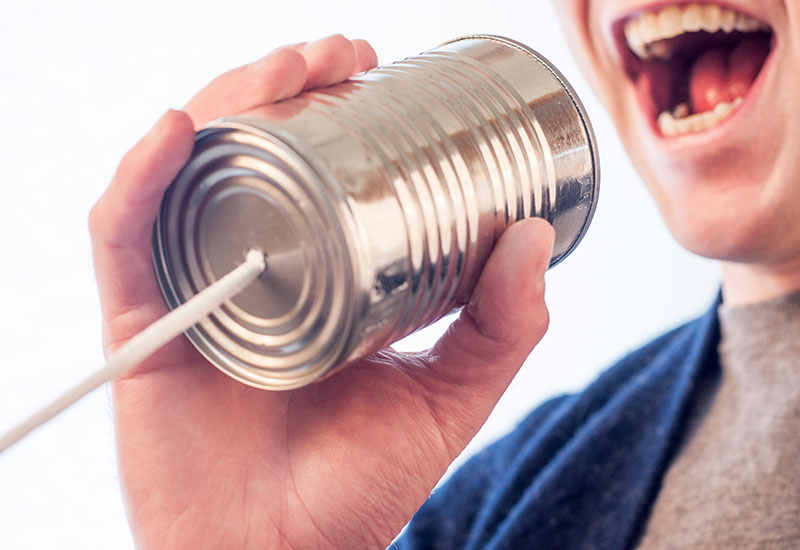 Honesty is a valued quality in the workplace. However, saying everything that crosses your mind can hurt your reputation in the office, especially when its in the form of manager feedback. There are certain things that should not be said and it’s a good think to mark a pause before delivering negative perspectives when things don’t work your way. If you use them frequently, these 35 manager feedback phrases can sabotage your position at work.

When your boss asks you to give a hand to another department you might wonder where the benefit lies for you. After all, does that not mean that you will have less time to spend or your own work and will have to put in more hours? Sure, but that will also show that you don’t have a good team spirit.

There’s nothing more annoying that someone who commits an error and doesn’t attach any importance to it. Considering that you’ve just made a small mistake means you don’t take your job seriously.

Today’s world requires team and individuals to be agile and that means your job description is not set in stone. The more you will cumulate skills and get to work on other projects, the more valuable you will be perceived by your management.

Never book your holidays before talking about it to your boss. You may have to work on an important project during this time or other colleagues may have already submitted their leave request. Always talk about it first to avoid yourself a costly mistake and your boss could be upset because of it.

Unless you boss expressly asked for your opinion, keep your advices for yourself. You’re not in his position and you’d certainly not like to be.

It’s fine to admit it when we don’t have the answer but you can still do your best to try to find the best solution. Be aware that whenever you boss needs to do your work, you’re not heading in the right direction.

Even if sometimes necessary, saying “no” can make you look uncooperative or even rude! Instead of a straight “no” try to express why you can’t do something properly by saying that it will be complicated and give the reasons why. If you have to juggle between competing priorities. Re-align your projects and deadlines directly with your manager.

Stay away from the office gossips and don’t place them in your conversations with your boss. That could turn out sour for you. If you’re unsure of something, it’s better to simply wait rather than look unprofessional.

You forgot to hand in a project in time, fine. But it’s a rule of thumb that you should be organised and rigorous. Instead of showing that you have forgotten the due date, suggest that the work load was more important than expected and that you will wrap it up asap.

Pointing your boss’ mistakes is a great way to be excluded from future meetings and be ignored when you have something to say. Be more sensible by starting with “I have the feeling…” or “I have the impression that…”. This allow your manager to correct the misunderstanding if it exists.

No one is irreplaceable. Pronouncing such a heavy statement means you think you deserve a special treatment. If you do so, your manager will be more than happy to demonstrate how you’re not that special.

Way too easy! If you’ve made an actual mistake, saying “sorry, but…” will make you sound insincere. A franc: “I’m sorry, I’ll do better next time”, is much better.

When saying that you’re not able to do something you exude a lack of confidence and ability to take risk which will not make you shine to the eyes of your employer.

Your boss will not care if your cat is lost or if you’ve just broken up. Everybody is confronted to personal problems big and small on a daily basis. Your work responsibilities should not be forgotten because you’re going through personal issues. If the situation is too tough, the best is to actually take a break or use a sick day to recover.

Definitely not sufficient when answering your boss, saying “I’ll try” will communicate incertitude to your manager when he gives you tasks to complete, especially when tight deadlines apply. Imagine if you were to ask your boss whether you’ll receive your pay cheque in time this month and he answers “I’ll try”. How would you react?

One of the easiest excuse you could use to justify your failures, it doesn’t showcase your abilities in the best possible light. Opt for “it will be done next time”.

Ask yourself whether you have actually tried all possible options before giving up or it will make you look lazy. Instead, say that you have tries option A, B and C and that none have functioned. Maybe your manager will have a suggestion to make.

Threating the business that you will leave is a behaviour that will present you as being unreliable and unprofessional.

This is one of the best sentence you could use to frustrate your manager. Your boss would prefer to hear that you’ve made an error of judgement and that you’ve drawn lessons from it rather than excuses.

No one likes a know-it-all. If your ways of doing things are actually better, try turning your statements into more carefully thought questions. That will help you avoid appearing as being aggressive or pushy.

Unless you’re innocent, rejecting responsibility is weak. If you’re actually in your own right, simply explain why you were not responsible rather than putting the blame on your colleagues.

Don’t threaten your manager to try to get an answer to your question. What’s best is to wait rather that having to deal with the repercussions later on.

24 – “Your predecessor would have done this better”

Never compare your current boss with your former manager. At the end of the day, they’re the one in charge who make the decision. Unless they make a big mistake, don’t try to bring back the old methods to the table only because they are more convenient for you.

Not getting along with someone at work is unfortunately inevitable and inacceptable. Leave your personal grieves on the side and always perform your best.

Spitting venom on your colleagues will certainly not be well perceived by your hierarchy. When at work you need to stick to the “golden” rule and avoid denigrating your colleagues, as annoying as they might be.

You’re being paid to complete the tasks that are part of your role whether you like them or not. So if you happen to feel a bored, avoid talking about it to your boss. You’re the one responsible for making your role more interesting.

Most of the time, skipping your manager to get what you want can turn quite ugly. That’s unless you’re about to quit or being fired and have your PLAN B lined up and waiting. If you intend to talk to HR about it, don’t threaten your manager about doing it in the first place either.

Focus on your own career objectives rather than looking at your work colleagues. Unless your manager demonstrates a clear favouritism you should disregard the salary and progressions of your co-workers. If you do really feel like you’re receiving an unfair treatment, try to organise a more professional meeting in which you will be able to expose the facts.

There’s no issue with leaving earlier when there’s not much on your plate but your boss will be likely to hear about some ideas you have to make the business move forward. Take this as an opportunity to demonstrate your sense of initiative.

It’s your duty to ask your manager whether priorities have been revise because your objectives should be aligned. Priorities change often and the best option is to check if you need to re-organise yourself.

Don’t have a negative approach to challenges, your manager certainly doesn’t want to hear a lack of confidence on your end. Talk about it and ask for their opinion instead. Carefully selecting your word to expose a barrier you’re confronted to will help you progress in your career.

Don’t simply inform your boss that you’ll be leaving – submit the idea in a polite way instead, it’s much more professional.

You’re not a child after all, which means you don’t have to formulate it like a school kid. Something like “I’m planning to leave early tomorrow, I just wanted to make there was no issue with that” would be perfect.

Never talk to your boss about your problems if you don’t have potential solutions to propose. People who lead talk about solutions. People who follow talk about problems.

When work-relationships evolve on a more personal level towards friendship, it might be wiser to keep some of your life moments quiet especially during work hours. Someone who easily overhear your conversation and interpret it the wrong way.