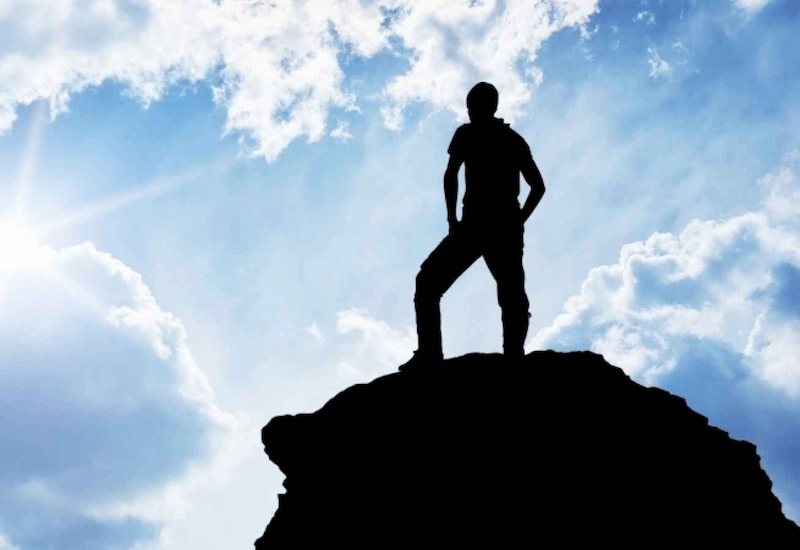 It’s a common observation that people who are passionate about what they do for their living and have been highly successful, not only immerse themselves constantly in life-positive behaviours, but they also avoid certain negative behaviours and mindsets which less successful people are quite likely to get lost in.

Listed below are some of the negative and limiting behaviours that are avoided by successful people:

1. Viewing the world in a limiting manner.

The term “below the line” thinking indicates a certain mindset which shapes how you perceive the world in a limited fashion. It prompts you to believe that whatever is taking place with you is beyond your control but is everyone else’s fault such as the industry, the economy, your colleague, your boss etc. For instance, an individual who thinks below the line says something like this: “Whatever is taking place isn’t fair and I don’t think I have in me what it takes to beat these challenges. I did not expect this to happen and now I can’t handle it.”

Professionals who are successful are seen to follow outcomes which flow purely from their present actions. People who are unsuccessful have a tendency to be attached to fantasies which help them to momentarily be relieved of their present grim situation. However, such fantasising has no basis in reality. To generate success, it is crucial that you take firm action towards your dreams and visions. Successful individuals dream big and have big goals as well; however, they break them down into sizeable portions, take courageous actions, which eventually lead them towards the goals that they are chasing.

3. Being afraid of using power and expressing it

Successful individuals are usually seen to be in touch with their power, and they are not scared to use and show their power. They can promote and negotiate firmly for themselves as well as for others especially when it concerns something that they care about. They do not refrain and shy away from expressing how they are a class apart from their competitors. They are in touch with their power and are very much aware of how their contribution is unique and how they bring value to the table. Additionally, they do not wait to raise concerns. Instead, they take the challenges head-on, discuss them openly, with a certain poise, grace, calm, and charm. They do not shy away from their problems, and they do not view themselves as unfortunate victims.

4. Reluctant in investing in themselves

Individuals who often feel dissatisfied and unsuccessful are quite reluctant to invest money, time, and energy in themselves for their growth. These people tend to be comfortable only when they place other’s needs ahead of their own. They go to any extent in making excuses as to why it is not the right time to invest in themselves or to make any changes. They feel shy, guilty, and anxious in claiming that they are entirely worthy of all this. Successful people, on the other hand, do not wait in investing in themselves as they are aware that it will certainly pay off eventually not only for themselves but everyone else as well.

People who are successful do not give up or drown when the tides change. They only decide to go with the flow. They smartly follow and embrace the ongoing trends. Successful people are always fluid, flexible, and agile. They react to what lies ahead of them and improvise skillfully. On the other hand, individuals who are unsuccessful seem to lament what lies ahead of them, and hence they continue to be stuck in the past.

6. Prioritise other people’s interests over their own.

Successful individuals are very well aware of what all matters to them regarding values, concerns, priorities, and their mission and purpose. They do not rely on possibilities; instead, they love to steer their ship and are quite clear where they are headed and make their moves accordingly towards their goal. They are quite clear regarding their priorities regarding life and work, and they will never place the priorities of others before them. They have clearly defined boundaries, and they know where these limits end and others begin. They are quite quick to say a firm ‘No’ to endeavours and behaviours that are likely to throw them off their goal. They are very clear what they wish to create, and the legacy that they wish to leave behind and hence they honour their own commitments every day.

It is a harsh fact that people who lack trust in their own abilities and instincts and always tend to doubt or second-guess themselves always find themselves far from success. Successful individuals on the other hand, always believe firmly in themselves. They are also well aware of their blind spots and areas which need further development. But they are good at forgiving themselves, and they are conscious of their limitations and accept themselves. They never lose hope and remain optimistic knowing that the lessons that they learnt from their past mistakes will help them in future.

8. Always on the lookout for easy answers

Based on an individual’s expectations and how they wish to fulfil them you can often figure out if they are likely to succeed in their new business venture or career or not.  Successful individuals are aware of the fact that they have something significant and valuable to offer in any kind of situation. They are always happy to willingly share or exchange that in return of what they wish to have. Also, they treat others exactly as they wish to be treated.

Dishonesty is one of those negative behaviours that may offer you a perceived gain in the short term, but it almost always catches up with you. Acting dishonestly or in a manipulative manner breaks down trust, and part of success is having a network of people you can rely on to assist and help you when you truly need them. Dishonesty burns bridges that don’t need to be burned!

Successful people respond calmly. This goes hand in hand with empathy and not taking things personally. When people react too quickly and too dramatically, arguments ensue and nothing gets done. We’ve all been there – that meeting where a loose comment escalates into explosive and unproductive dialogue. Successful people think carefully before they reply, they reflect the pros and cons, think about other peoples emotions, the facts, and impact before taking action.

Professionals who are successful are always resourceful, respectful, competent, curious, and determined. They are always able to figure out how to get the help that they need without asking for handouts. This does not indicate that they do not look for assistance when they are in need of it or they freely distribute the resources at their disposal. It simply means that they don’t expect something for nothing. They always treat others well and in a fair manner knowing that they too deserve the same. They are aware of the fact that if they are not willing to pay for things that they wish to have, then others won’t be willing to come forward to help them as well. They are very well aware that their success is directly in proportion to the effort that they invested. They are well aware of the fact that there can be no shortcuts to success.