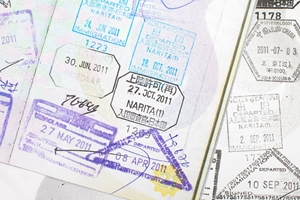 Proposals made for temporary entry permits

Access to Australian workplaces could be about to become easier for overseas workers, as the Department of Immigration and Border Protection proposes relaxing 457 visa entry rules. The government department has suggested that offering year-long temporary work permits could be just what the economy needs to thrive at the moment.

Unlike the previous system, candidates would not be required to demonstrate language and skills requirements. Employers would also no longer have to prove they had made sufficient attempts to find an Australian worker to fill the position.

Under the scheme, several entries would be permitted under a single visa, meaning companies could employ people on a short-term basis for consultancy work.

The proposals have been met with mixed reactions, with the Australian Chamber of Commerce and Industry (ACCI) suggesting it could be a positive step for the country. Director of Employment Education and Training Jenny Lambert said the plans reflect what is currently needed for Australia to remain relevant in the global market place.

“All stakeholders, including the Unions, need to recognise that opportunities for employment of Australians are enhanced by a strong economy which is globally competitive,” Ms Lambert commented.

“Part of being globally competitive is recognising that the labour force is increasingly global and strong international companies will be attracted here through effective regulatory environments that allow them to operate seamlessly.”

The ACCI has also indicated that enabling more skilled workers to enter the country from overseas could enhance the expertise of local people, providing a win-win situation. Australians could also find they develop new competencies that enable them to take on work in other countries.

No matter who your company plans to employ in 2015, make sure you have HRMS for small businesses in place. This will enable you to stay in control of day-to-day operations and streamline processes within your firm.