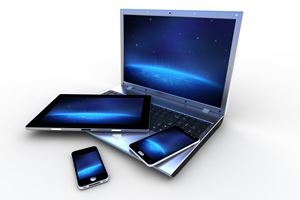 IT can enhance worker productivity

Increasing productivity is high on the agenda for many bosses, and finding new ways of achieving this goal is gaining pace.

However, a new report from Ernst & Young (EY) suggests productivity is in decline across the country and has been for the past year, making these new solutions more important than ever.

If you’ve never thought about implementing HRMS software or other IT-related products in your workplace then now could be the time to do it, as the research showed technology is the way forward.

The latest EY Australian Productivity Pulse uses a ten-point scale to assess productivity, with current levels sitting around 7.6 – this is down from the 7.7 recorded at the end of 2013.

Findings also indicated more people are concerned about their job being replaced by technology, as a third of respondents predict their role won’t exist in just two decades’ time.

This isn’t something that should cause too much concern, as EY’s Oceania Advisory Bill Farrell emphasised how technology will change the workplace, not replace the workforce.

“For the past three decades, technology has replaced lower skills and repetitive tasks, but hasn’t reduced the demand for jobs in itself. Instead it has increased the intensity of work and the demand for skilled jobs,” he noted.

Mr Farrell suggested that demand for specific roles may witness some decline, but the end result will be that Australian businesses become more productive in the long run.

Ensuring workers are engaged with their jobs can also have a positive impact on productivity – and a recent study indicates client engagement plays a role in this, too.

Research conducted by CGA Peach on behalf of customer experience specialists InMoment found customer and employee satisfaction are closely linked, so it’s up to businesses to ensure they are properly monitored.