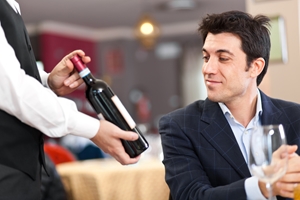 Does your business need to address bad health habits?

While there has been much discussion surrounding the importance of employee health, many companies still don’t fully understand the negative consequences of not implementing wellbeing plans.

However, with the emergence of recent research into how unhealthy alcohol habits affect working life, it may be time to start seriously considering putting initiatives in place.

According to analysis conducted by Flinders University’s National Centre for Education and Training (NCETA), drug and alcohol absenteeism costs the Australian economy more than $3 billion a year. This figure has more than doubled since 2001.

Participants in the survey had an average age of 41.1 and the majority (56.1 per cent) engaged only in low-risk consumption. However, 35.9 per cent of adults drank to levels that put them at moderate to high risk of harm.

Drug use was a lot less widespread, although 8.3 per cent of participants admitted to consuming drugs on at least a monthly basis. Overall, alcohol and drug (AOD) usage respectively caused 1,688,161 and 854,497 total days absent from work. Often AOD consumption could affect employees without them being aware of it, through side effects such as diarrhoea or gastro-type irregularities.

Overuse of AOD is not the only health concern that increases absenteeism rates. Australia’s mental health commissioner Professor Allan Fels stated that workers who had untreated mental health problems caused a loss of 12 million days due to absenteeism and reduced productivity, as reported by News.com.au.

How should businesses handle employee wellbeing

To combat these issues, businesses need to consider creating a comprehensive health plan for their workers, possibly aided by HR consulting services.

“I would recommend that organisations develop and implement a formal AOD policy, provide education and training regarding AOD use, and provide access to counselling and treatment,” said Professor Anne Roche, Director of NCETA.

“The good news is that these kinds of strategies have been shown to be highly effective in addressing this kind of absenteeism behaviour.”

Recent research has shown that incentive-based schemes can rally higher levels of participation amongst the workforce. Cornell University researchers looked at “health codes of conduct” – opt-in programmes that reward workers for good health practice through monetary gains and recognition schemes.

The workers that were surveyed found that these programmes were most effective due to their ease of implementation. Requirements of employees participating in this initiative are straightforward and attainable, such as attending annual physicals, taking part in exercise regimes and even simply enforcing sick leave.

Putting in place these wellbeing initiatives is not only good for morale, but it can significantly reduce the costs of absenteeism in your business.