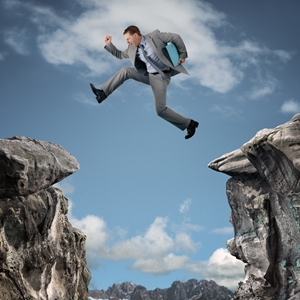 This Friday is Red Nose Day, a day dedicated to fundraising for Sudden Infant Death Syndrome (SIDS). In 2012 there were 50 SIDS related deaths in Australia, according to SIDS and Kids.

Dare to Care is a new online fundraising initiative as part of Red Nose Day that challenges people to set up a fundraising page and complete a dare. Participants can do whatever dare they choose from daring to give up coffee for a week, completing a fitness challenge, or wearing a red nose all day. This fun event can be completed on or around Red Nose Day. Turn it into a fun, friendly competition between colleagues to foster a bit of team building in the office. HRMS can also provide training and development systems to foster employee loyalty and engagement.

The red nose was introduced as a way to bring light and a bit of fun to a dark topic. SIDS and Kids are a not-for-profit that have operated since 1977 to support families who have lost a child due to SIDS. There has been an 80 per cent decrease in the amount of Sudden Unexpected Deaths in Infancy (SUDI) related deaths in Australia between 1989 and 2012. This works out as 7,990 lives saved since risk reduction campaigns began in the early 1990s.

Money invested in SUDI research so far is $16 million and four projects are currently being funded. In April this year, breakthrough research supported by SIDS and Kids by the University of Adelaide’s School of Medical Sciences found similar symptoms in the brains of babies who had died of SIDS and children who had died of accidental asphyxiation.

Safe Sleeping is a health promotion campaign run by SIDS and Kids to reduce the risk of SIDS in babies. The Safe Sleeping campaign encourages parents and caregivers to make sure that from birth your child sleeps on their back and sleeps with their head and face uncovered, ensure your baby is in a smoke-free environment, breastfeed your baby and for the first 12 months of your child’s life create a safe sleeping place in the parent or caregiver’s room.