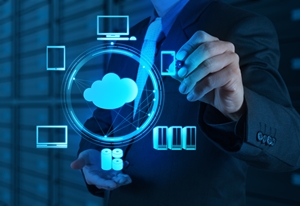 One recently released survey highlights that this concept is now fully mainstream and is not only adopted for cost savings, but is a massive part of firms meeting their business and IT goals.

More than 300 technology and business decision makers across Australia, the UK, the US, France and Germany were polled as part of Infosys’ ‘Simplify and Innovate the Way You Consume Cloud’ study.

According to the results, the majority (77 per cent) of businesses now consider cloud agility to be the main driver for adoption. This was followed by technical advantages (73 per cent), business model (70 per cent) and cost benefits (65 per cent).

It is interesting to note that when cloud computing first entered the market, many businesses were only interested in how much they could save. Now, however, it is about what the cloud offers from a collaboration and innovation perspective.

In another noteworthy finding from the Infosys survey, it seems Australian businesses are leading the world in relation to cloud adoption.

Of the Australian firms, 86 per cent had been using cloud computing for more than 12 months. In comparison, just 50 per cent of US businesses and 58 to 60 per cent of German, French and British companies could claim similar start times.

In addition, 58 per cent of Australian businesses believe that their IT department “acts more like a profit center in containing economic risk by providing cloud services to the lines of business.” The global average was just 41 per cent.

With cloud computing an important business function for many Australian firms, it makes sense for SMEs to consider upgrading other areas such as HR to support the inevitable growth.