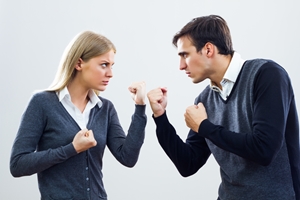 The Bank of Queensland has taken a novel approach to recruiting staff: by removing all identifying features such as age, sex, name and address from applications.

It is hoped that the move will help boost the number of women in senior executive roles, while also ensuring that the bank is hiring the best candidates possible.

It is welcomed by a large section of the community that believes women are not reflected well in senior executive roles around Australia.

Bank of Queensland human resources general manager Ian Doyle told the Courier Mail that gender bias is rarely deliberate, but is still a factor in deciding who gets the role.

“It is a brave approach, but you can’t keep doing the same thing and expect different outcomes,” he said.

“Our objective is to get people making decisions on the basis of competency – not based on other factors – and we’re hoping we will get a stronger pool of females coming through.”

The bank has already been applauded in recent years with its CEO Stuart Grimshaw described as a “male champion of change” by the Sex Discrimination Commission. Since his arrival the number of women in leadership roles has increased from nine to 19.

Mr Grimshaw said he was working towards an even gender balance.

“On a personal note, I have a son and two daughters and I want to create a positive change within the industry where everyone – regardless of their gender, race, age or physical ability – has the same opportunities to succeed,” he said.

For businesses wanting make their recruitment process more transparent, there is HRIS software available that can screen candidates and manage the process so all applicants get a fair go at the role.